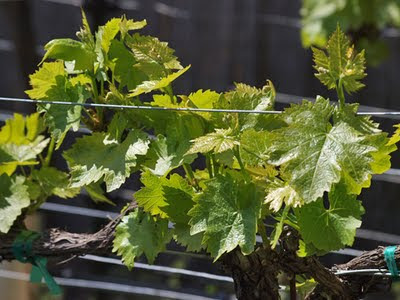 Yesterday I did the first sulfur spraying on the grape vines, managing to get what looks like only a very light layer of sulfur on the new leaves, but the forecast is for cool, dry weather to continue for the time being, so the risk of mildew developing seems small at the moment. I will spray the new growth again in a week or so, when the shoots are approaching about 18 inches.
Posted by Colin Talcroft at 10:50 PM No comments: 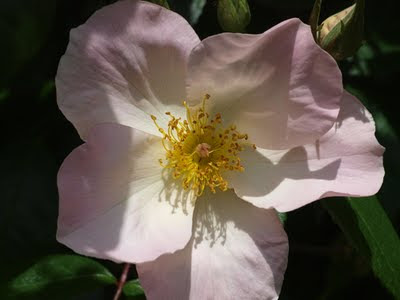 New flowers coming fast and furious in the garden. First blooms today on the large, pink, single-petaled climbing rose "Sally Holmes," on the pink, old-fashioned climber beside it on the back fence, called "New Dawn," on the rock rose called "Sunset," and on Phlomis lanata. First flowers on sulfur buckwheat (Eriogonum umbellatum) came on the 25th (below). 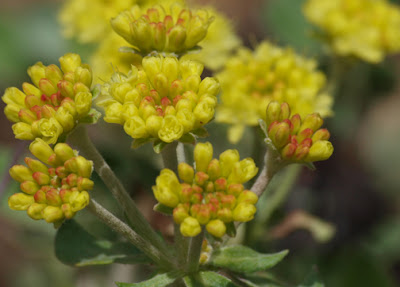 Posted by Colin Talcroft at 1:50 PM No comments: 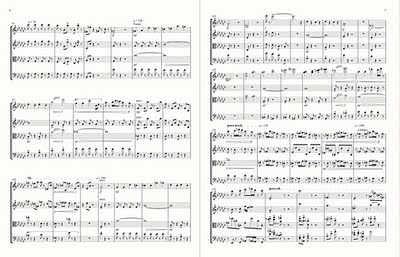 I recently finished writing my seventh string quartet. I'm fairly happy with it, but I learn so much every time I write a something, that I quickly become dissatisfied and begin itching to start work on another piece--which I'm very likely to do.
Posted by Colin Talcroft at 1:22 PM No comments: 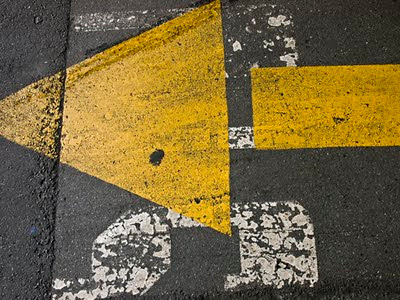 At the entrance to a San Francisco parking garage I recently found this yellow arrow over faded white script. Found art. 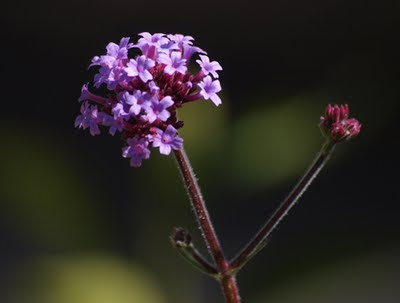 First blooms of 2011 in the past couple of days on Peruvian verbena, Echium gentianoides,  and the iris called "Change of Pace," which every year is the first of the irises to bloom. The iris started blooming on the 21st. "Change of Pace" bloomed on April 10 in 2009 and April 5 in 2011, so this is somewhat late. The plant has thus calculated years of 360 days and 381 days.

The Peruvian verbena (Verbena bonariensis)--a very tall, upright variety, started blooming on the 22nd (pictured above). It bloomed on May 11 in 2010, so this seems early. The plant calculated a year of only 346 days. The Echium--a pure blue variety--started blooming yesterday, the 23rd. I don't have a 2010 record for this Echium, but it bloomed on March 31 in 2009. I didn't get around to photographing any of the plants until today.
Posted by Colin Talcroft at 5:47 PM No comments: