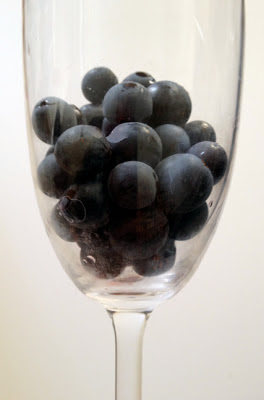 The Sangiovese rosé is fermenting in the living room (I've brought it in from the garage as it was a bit too cool and the activity seemed to have slowed). Today is day three and everything seems to be going well so far. I took a sample of the Cabernet grapes again today. The numbers look good, but I think they will need a little more time. The sample measured 24.2 degrees Brix at a pH of 3.38. That's already quite acceptable in theory, but a fair number of the seeds in the crushed grapes I sampled still looked immature. The rule is to pick when the grapes are physiologically mature (and at their most flavorful) rather than going strictly by the sugar and acid levels. a pH of 3.38 is still on the low side for a California Cab and 24.2 degrees Brix is not excessively high. I'll probably wait another week and test again. If rain threatens--serious rain, that is--I'll probably pick to avoid it, but, otherwise, I think the wine will benefit from more time on the vines.

[Update: Tested again on October 15. There wasn't a lot of change. The sample tested at 24.4 degrees Brix and a pH of 3.37-3.38. So the sugars were up slightly and the pH was virtually unchanged--which is not a bad thing. I'd say more of the seeds looked mature than last week, but there are still a few green seeds. Same conclusion: It's probably safe to pick any time now, but there's no hurry either. The weather is supposed to be very hot in the next few days, though. Decisions, decisions. The Sangiovese rosé is now in its ninth day of fermentation.]
Posted by Colin Talcroft at 6:51 PM No comments: 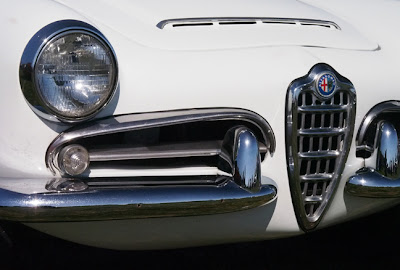 On Sunday I drove my 1978 Alfa Romeo Spider down to Alameda to participate in the 2012 Alameda All-Italian Car and Motorcycle Show, which takes place every year at Lincoln Middle School, on Fernside Blvd. in Alameda. There were about 70 cars in the show and I'd guess about 500 people showed up to look at them. There's always quite a selection--anything goes, as long as it's Italian--but usually about half the cars are Alfa Romeos. What I like about this show is that it's very low-key. The exhibitors are not at all snooty. People show everything from well-used Fiat wagons to brand new cars.  There were Fiats, Lamborghinis, Lancias, de Tomasos, Maseratis, Ferraris, and more. The car next to mine was an old Fiat X1/9 converted to electric power--a car that got a lot of attention. Fun, as usual. 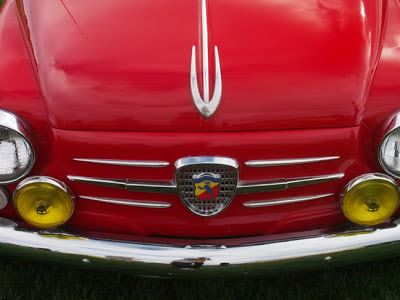