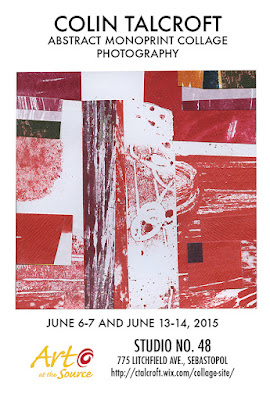 Art at the Source--Open Studios. Tomorrow, June 6 and Sunday June 7. Then again the following weekend June 13 and June 14. Showing photography, printmaking, and abstract monoprint collage at Studio No.48, in Sebastopol. 10:00AM to 5:00PM
Posted by Colin Talcroft at 1:10 PM No comments: 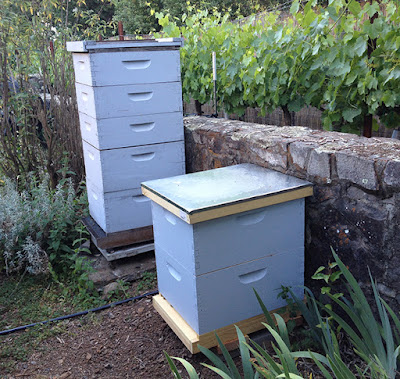 I captured a large swarm from my existing beehive this spring and, finding no one to give it or sell it to, I got a new hive box and installed the bees in what is now our second backyard hive. I painted the hive bodies the same color as the original hive.

The bees have been in there for almost a month now (I installed the swarm on May 5), so the first crop of truly new bees will already have begun hatching (a worker bee takes 21 days to develop). The population of the hive should begin to take off. In a week or so, I'll open the hive and have a look to see how much of the foundation they've drawn in to new comb, and to look for signs that the queen is laying.
Posted by Colin Talcroft at 2:07 PM No comments: 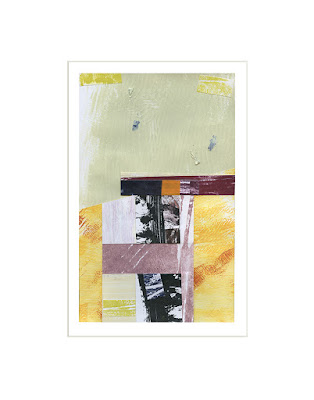 Painting a thick layer of pale acrylic color on glass using a toothed plastic brush left me with a mono-printed background texture that became the starting point for my latest collage piece--Untitled Collage No. 100 (Santa Rosa). Working on a glass plate that wasn't well washed after its last use resulted in flakes of blue getting embedded in the paint--an effect I rather liked. The bottom half of this piece is constructed from fragments of assemblages that became other pieces of art. May 28, 2015. Acrylic on paper, acrylic monoprint, found paper, collage. Image size: 13.9 x 22.2cm.

Click on the image for a larger view. For more, visit my collage website at http://ctalcroft.wix.com/collage-site/. Or, come see my work in person during the Art at the Source open studios event, June 6 & 7 and June 13 & 14, 2015. I'll be showing at Studio 48, in Sebastopol.
Posted by Colin Talcroft at 7:46 PM No comments: 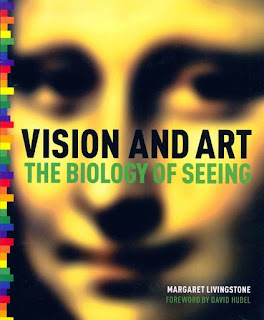 A lot of reading recently but not much time to write about what I've read. So, a quick look here at the three most recent books I've finished.

Margaret Livingstone, a Harvard neurobiologist, has written Art and Vision (Abrams 2002), a volume on the biology of seeing ("the biology of seeing" is the book's subtitle) that will be of interest to anyone curious about how we see and especially to artists; the book reproduces many, many works of art that illustrate the biological principles the author lays out. Livingstone covers the nature of light itself before moving on to an explanation of human color vision and then to a chapter on luminance and night vision. These early chapters are worth reading more than once before moving on; most of the rest of the book assumes the reader has taken this information fully on board. Despite being challenging in places, a very attractively laid out, informative book that I'll probably go back to many times. 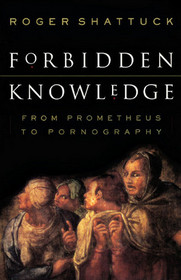 Roger Shattuck's Forbidden Knowledge (St. Martin's Press, 1996) is subtitled "From Prometheus to Pornography" so it's not surprising that the book begins with a discussion of the Prometheus story and is mostly finished by the time the author has discussed the writings of the Marquis de Sade in some detail, although a final chapter and an appendix attempt to summarize arguments presented earlier in the book. Shattuck asks very basic questions: Is there some knowledge best left unknown? Are there experiences best imagined? Are there lines better left uncrossed? Then he looks at the implications and consequences of answering these questions in different ways. The first part of the book takes a mostly historical approach, covering Prometheus, biblical sin, Milton and the Adam and Eve story, Faust, Frankenstein, asceticism (La Princesse de Cleves), aestheticism (Emily Dickinson), Melville's Billy Budd, and Camus (The Stranger), before a set of "case histories."

These case histories look first at science and technology. Shattuck discusses development of the atomic bomb and pursuit of The Human Genome Project as illustrative of two sharply contrasting attitudes toward the advancement of scientific knowledge--one, deeply ambivalent, sees the advance of science as perhaps inevitable but at the same time sinful; the other makes no apologies for supporting unbridled scientific investigation. The section on the writings of the Marquis de Sade asks whether they deserve the appreciation they've attracted in recent decades, examining along the way the question of how they may have influenced serial killers and other sociopaths. The final chapter is a summary that itself refers the reader to an appendix in which Shattuck attempts to categorize the types of forbidden knowledge discussed in his book--these being: inaccessible or unattainable knowledge; knowledge prohibited by divine, religious, moral, or secular authority; dangerous, destructive or unwelcome knowledge; Fragile, delicate knowledge; knowledge double-bound; and Ambiguous knowledge.

The first four of these, as the author himself points out, are fairly self-explanatory. Shattuck's last two categories are less so. Knowledge double-bound refers to the mutually exclusive nature of objective (exterior, contemplative) knowledge and subjective (gained through direct experience) knowledge. "Exterior objective knowledge will never carry us to a full grasp of any subjective experience. On the other hand, as the French proverb suggests [Tout savor c'est tout pardoner: To understand all is to forgive all] full empathy with another experience or another life takes away from us the capacity to see it objectively and judge it aright." Ambiguous knowledge refers to the sometimes contradictory effects of knowledge. Well written, dense with intriguing ideas, and well worth the time it requires to read, although this is the kind of book that may require several readings to fully absorb. 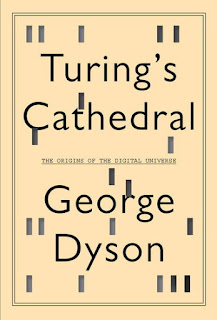 Turing's Cathedral (Vintage 2012) by George Dyson, son of Freeman Dyson, is breathtaking in its detail--both personal and technical. I had expected a book about Turing when I picked this up, but there is little in it about Turing the man. The book simply takes Turing's 1936 notion of a "universal machine" as its starting point. A universal computing machine is hypothetical, not material, but Turing's idea is usually taken to be the germ from which Von Neumann created the computer architecture that bears his name and that remains to this day the architecture behind virtually all computers. Turing's Cathedral is an exhaustive look at the contributions of the people behind the word's first digital computers (so many people that the book starts with a six-page list of "principal characters"). These computers were developed mostly at Princeton just after the end of World War II, supported to a great extent by the US military as computing machines were wanted for modeling atomic and hydrogen bomb explosions. Dyson's book looks at the computers themselves, at the people who made them, and at how computer code took on a life of its own in the early stages of a revolution that continues today. A fascinating look at how the birth of the hydrogen bomb and the digital computer went hand in hand and how the digital universe we know today came to be.
Posted by Colin Talcroft at 7:18 PM No comments: