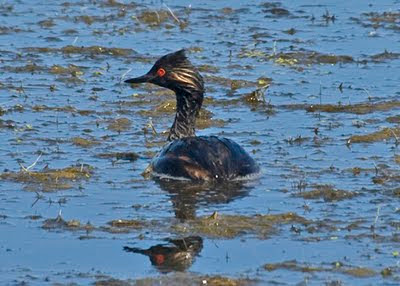 I'm home again today, having stayed last night in Reno--at the same hotel I used on the way out, again for $27 a night. I stayed the previous night in Eugene, Oregon. Most of the past two days was spent driving through pretty countryside--lush in southern Oregon, gradually drier and more rocky as I moved into California and Nevada. Along the way I stopped at the Lower Klamath National Wildlife Refuge, where I took the driving tour of the wetlands there. I got a new life bird, the Redhead, a duck that's not that uncommon, but one I'd never managed to see before. There were hundreds of Eared Grebes (photo), in the breeding plumage we rarely see at home in Sonoma County. Otherwise, it was mostly Coots, Scaup, and White Pelicans--and blue dragonflies, whole clouds of them clinging to the vegetation by the water. Along the way, stopped at a stoplight, I found myself behind a pair of bikers. Check out their license plates (hers says BW8N4ME, his says IBW8N4U). 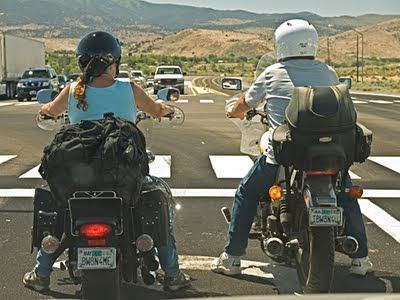 Posted by Colin Talcroft at 11:49 PM No comments: 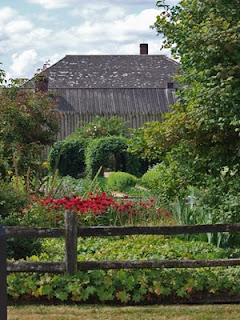 Starting out this morning I had intended to head south from Portland, having arrived back there late at night from Victoria, BC, but I got on the highway going north instead of south and found myself in Vancouver--Vancouver, Washington, that is, not back in Canada--in other words, just north of Portland. In finding my way back to the highway I kept seeing signs pointing to Fort Vancouver and references to the Hudson's Bay Company. Intrigued, I decided to follow them. Last time I posted here I remarked that the downside to a largely unplanned road trip like this is that you sometimes miss interesting opportunities because of timing. The flip side is that you sometimes stumble upon things worth seeing.

Fort Vancouver was established by the Hudson's Bay Company in 1825 and eventually grew to a community of about 800 inhabitants at its peak in the mid-1840s. This was the Bay Company's administrative headquarters for all of the northwest, from the Pacific Ocean to the Rockies in the east and San Francisco to the south. It was the center of profitable trapping, trading, and agricultural operations. It appears to have been largely self-sufficient, with its own carpenters, gunsmiths, smithy, and trading post, as well as housing and extensive gardens and orchards, some of which have been recreated. An interesting way to start a day that was otherwise spent heading south as far as Eugene. I took Highway 99, through wine country and farmland, rather than I-5, as the scenery is so much better along the smaller road. Tired from yesterday's long drive, I plan to stay in Eugene tonight and make one more stop before arriving home, probably in Reno because of the cheap casino-town hotels. There's also a good wine bar there I discovered on the way north. 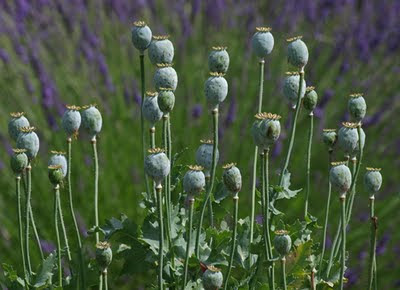 Posted by Colin Talcroft at 4:46 PM No comments: 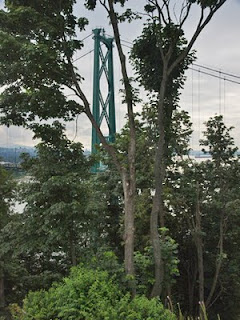 I've been on the move the past couple of days. The weather hasn't been the best--it rained in Vancouver, where I did little more than walk around the Yaletown and Gas Town neighborhoods. In Gas Town, I happened to walk by a steam-powered chiming clock that was just indicating the hour; it appears to be famous. The highlight, however, was an all too-short visit to Stanley Park, which is lush and beautiful, much like Golden Gate Park, although it seems considerably larger and it has some genuinely forested areas. I should have planned to spend more time there, but that's the downside to spontaneous travel--sometimes you miss opportunities. During my brief visit I did a little casual bird watching at the Lion's Gate Bridge overlook, where I saw Red-breasted Sapsuckers, Black-capped Chickadees, White-crowned Sparrows, Downy Woodpeckers, a beautifully bright Yellow Warbler, and what I think was a Black-throated Grey Warbler. The Downy Woodpeckers here are greyer than ours, their caps more orange. 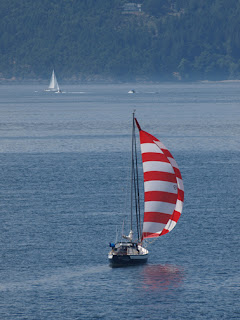 I crossed over to Vancouver Island in the afternoon of the 18th and drove down from the port near Sidney and out to Sooke, to the West. I found a quirky, inexpensive B&B in an old (1870) house with character and a character for a proprietress. She sat me down in the kitchen and wouldn't dismiss me until all the formalities were thoroughly taken care of. I had hoped to do some bird watching in the area, but nowhere recommended turned out to have anything of special interest. I missed seeing the larks known to live in the area that are now very restricted in range, although I checked for them at the little cemetery by the airport where they are said to hang out. I stopped at a good winery, however, on the way down from the ferry port, Church and State, where the very friendly and helpful Lyndell poured the entire line for me to taste (I asked about the somewhat odd name--"it's all about balance," she said with a smile). They make an excellent Pinot Gris with real character from Vancouver Island fruit and some good wines from Okanagan Valley fruit, notably a good 2008 Chardonnay and a 2006 Meritage. Awinery worth looking out for. 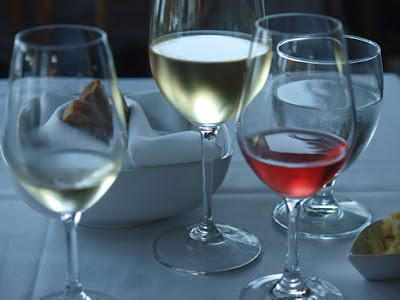 When two years ago I made a road trip like this one (heading east across the country, going as far as Ohio and back) the food along the route was generally appalling. In contrast, I've had good luck with food on this trip. Interesting Read Island Oysters at Blue Water Bistro in Vancouver and dinner last night at the Sooke Harbour House (an inn and a restaurant; 1528 Whiffen Spit Rd., (250) 642-3421). The dining room at the Harbour House has a good view over the ocean with forested islands as a backdrop. I wached the fog engulf them as I ate. The staff were notably professional, attentive, and enthusiastic about the food and the wine. The wine list is fabulous. I had a very tasty white blend called Blind Trust (Pinot Gris, Viognier, Sauvignon Blanc, and Pinot Blanc) from Laughing Stock Vineyards, and tasted several other wines; talking about wine with the waitress and sommelier, they kept bringing me tastes. I was particularly impressed by an island rosé of Pinot Noir. Clearly some very good wine is being made here. The weather seems to be difficult, though. Lyndell at Church and State said they didn't even pick the fruit last year because the summer was so cool, and the grapes appear to be well behind schedule this year, too. On my way out, I took a good look at the vines and was startled to see that they were just flowering....

I had an excellent salad made from local greens, local herbs, and edible flowers. It tasted like my garden. I followed that with mussels, clams, and gooseneck barnacles in broth, garnished with shungiku, and had a salmon main dish with an array of garnishes (including turnips, pesto, and shrimp-stuffed crayfish) that kept offering surprises. Excellent. I was tempted to stay another night, just to enjoy the restaurant again. Today, I spent a little time checking out spots that were recommended for birding near the Inner Harbor at Victoria, but there was nothing to see. All the gulls appear to be Glaucous Gulls and Glaucous-winged Gulls. I write this as I wait to board the ferry bound for Port Angeles, north of Seattle. I plan to make a quick move south, making it to the Portland area again tonight, if I can, but I suspect I'll peter out early.
Posted by Colin Talcroft at 12:42 PM 1 comment: 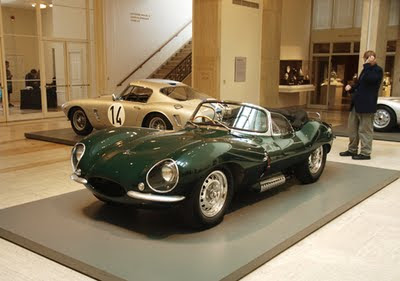 I spent most of the day yesterday in a drab hotel room, working. Today, with rain in the forecast, I decided on some indoor entertainment. I headed for the Portland Art Museum to see the current shows "The Allure of the Automobile"--18 fabulous cars--and "Auto Magic," the latter an arresting collection of photographs by Ray K. Metzker, many with automotive themes to go with the cars, but some of the prints were so beautiful--with highlights like polished silver glowing out from deep, light-absorbent blacks--that the subject matter seemed irrelevant. This is a photographer I knew nothing about, but I'm very glad to have been able to see these very seductive images. 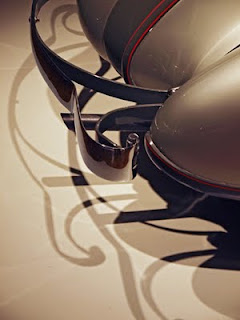 Outside the museum, a group of enthusiasts were showing off their cars (a weekly event, it seems, not connected directly with the exhibit). Miss Oregon was present (both in the museum and outside), for no discernible reason--and no one had an explanation for her presence (I enquired). She just dropped in--tiara, "Miss Oregon" sash, pert bottom and all? Who knows?

The cars in the museum were breathtaking examples--in the true sense of the word "breathtaking." The love and care in their design and construction were palpable. Spoked wheels, ostrich leather interiors, ribbed chrome grills designed to gulp air in huge draughts, hand-tooled gas caps, door handles that seemed designed to throw sinuous, sexy shadows on silver doors. Every detail perfect. Names like Alfa Romeo, Bugatti, Ferrari, Hispano-Suiza. Why are cars so boringly designed today? 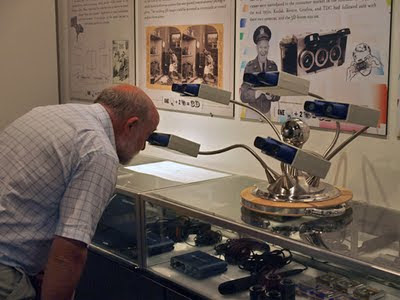 Afterwards I went to the 3D Center of Art and Photography (1928 NW Lovejoy St.)--a small, unassuming space, but a fascinating one with a staff that will show you around in person with great enthusiasm for the subject matter--which is just about every aspect of 3D photography. There are the familiar images with red and blue ghosts that come to life when you wear those paper glasses with one red lens, one blue lens, but also images that rely on a number of other phenomena to create 3D images, both still and moving. A small theatre at the back shows short 3D films and slide shows. I saw a moving (in the emotional sense) slide show about the 3D photographs of one Ben Bathurst, lovingly narrated with wit and enthusiasm by his grandson, Otto Bathurst--black and white 3D slides made in the 1920s, mostly of mountain-climbing scenes. Fascinating stuff. Well worth the visit here.

Grabbed a quick lunch at a sandwich shop called Emanon down the street, recommended by the people at the 3D Center (excellent sandwich--I can second the recommendation), and then headed north to Seattle for a 6:00PM appointment at the Zig Zag Café with Louis, my first college roommate, near the Pike Place Market. Had an excellent dinner at Lecosho over conversation about theater, writing, and art--mussels followed by a squid pasta. Yum.
Posted by Colin Talcroft at 12:54 AM No comments: