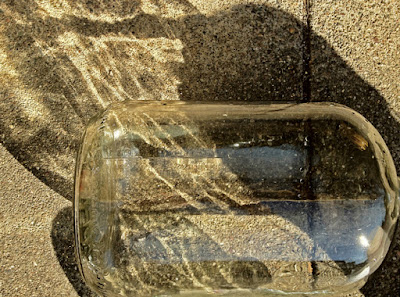 Yesterday, I racked the 2011 Cabernet Sauvignon/Cabernet Franc off the sediment following the copper sulfate treatment I gave the wine on December 2. I had noticed a hydrogen sulfide smell, which apparently can result from a low level of yeast nutrients during fermentation, a function of the weather's effects on the grapes. It's not a problem I've had before, but it turned out to be easily cured. The treatment works virtually immediately. The copper sulfate binds other sulfur compounds and creates copper sulfide, which is insoluble in wine. It drops to the bottom of the container and is left behind by a subsequent racking. Apparently it's a common practice. I had planned to do a follow-up treatment with yeast hulls that is designed to remove more, but after consulting with my wine advisers (the people at our local wine supply store), I decided it won't be necessary.

I don't like to add anything to the wine, but tiny amounts of residual copper are much better than sulfur stink. Also, I figure that we are exposed to small amounts of copper all the time anyway--as most modern water pipe is copper. I took the opportunity also to add the oak staves that will give the wine its oak exposure through to bottling at around this time next year. The wine tastes a little light--probably a consequence of the cool summer and the late rains, this year but it's too early to know for sure. In other winemaking chores, it's about time to start designing a label for our 2011 Sangiovese rosé. I'll be bottling that ahead of Christmas. The photo above shows a 6-gallon carboy cleaned and rinsed, awaiting a wine transfer.
Posted by Colin Talcroft at 9:33 AM No comments: 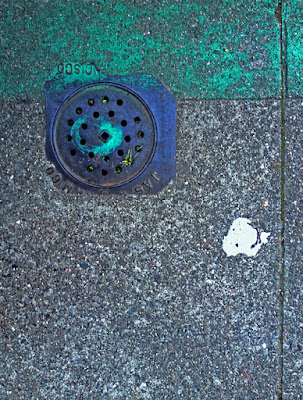