[Update: As of the evening of February 19, we'd had an additional 2.70 inches of rain. That puts us at 45.25 inches at my location in northeast Santa Rosa—and it's still raining, with rain forecast to continue tomorrow and the day after. Santa Rosa recorded 47.70 inches in 1981-1982, for the fifth-rainiest year on record since recording began, in 1888. The record is 56.06 inches, in 1889-1890. Average cumulative rainfall historically for this time of year is 24.79 inches, which means we are more than 20 inches above normal! (All historical data are from Kent's Weather Center)]

[Update: And, subsequently, another 1.95 inches (as of the morning of February 22). So, the total is now 47.20 inches at my location, by my reckoning. That would make this the sixth wettest year on record, although I don't know where the official Santa Rosa precipitation level is measured or what they are reporting. I've learned over the years that even within the city of Santa Rosa there can be a variation of a couple of inches or more. Suffice it to say that we've had A LOT of rain this year. Showers predicted for the end of the week, too.]
Posted by Colin Talcroft at 12:42 PM No comments: 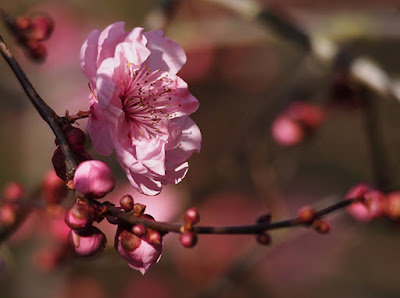 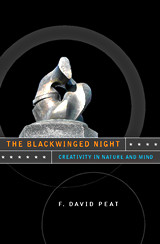 Subtitled "Creativity in Nature and Mind," F. David Peat's The Blackwinged Night (Perseus Publishing, 2000) is a wide-ranging look at creativity, which, the author argues, is pervasive. As he is a physicist by training, much of Peat's discussion involves creativity from the perspective of that discipline. At the same time, the author appears to be conversant with the history of the arts, and much of the discussion seeks to establish parallels between the creativity of the universe and creativity that springs from the human mind. However, Peat argues that we are all creative (not just composers and painters and writers and filmmakers), or at least we all can be creative, in every conscious minute of every day, if we simply remain alert to our surroundings and aware of the world around us.

Memorably, he recounts a scene in Dostoyevzky's The Idiot in which a character describes how clearly and intensely he lives the moments leading up to what he believes will be his execution by firing squad (it turns out to be a mock execution; Dostoyevsky apparently based this on a real-life experience of his own) while the narrator points out that the character will nevertheless quickly revert to his habitual lack of attentiveness soon after the immediate threat of death has passed, a particularized example of the praying-in-a-foxhole phenomenon. Peat goes on to say:


We are always before the firing squad. Every conversation holds within itself the promise of a new beginning. But no matter how vivid the potential for change, it is all too easy to slip back into old habits. The theme of this book is that the habitual way of looking at things is an illusion. It is not a true reflection of the world but a fallacy. All of the cosmos, from stars to elementary particles, is essentially creative, and each time we see or look or listen, we are being creative. The trick is to stay awake, to remember who we are, and to avoid the dulling drug of habit.

According to Peat, this ever-present potential for creativity is not an attribute only of life. It extends to all matter and even to the quantum void, where elementary particles are winking into and out of existence incessantly, and some of the best passages of the book are coherent explanations of the basic ideas of quantum physics. To take just one example, The Blackwinged Night contains an excellent treatment of the idea of "the collapse of the wave function" in a subchapter with that title. This is a familiar idea to anyone who has ever read about modern physics, but never before has it seemed so clear and obvious to me.

In discussing this collapse, Peat points out that concepts accurately describing events in the large-scale world do not apply in the quantum world, saying, for example, that, while the trajectory and landing point of a cannonball are absolutely certain given nothing more than the cannonball's initial position, vector, and speed (and taking wind into account), it is impossible to say that an electron has a position or trajectory at all—that it must be described using a wave function that expresses only the probability of finding an electron in a region of space.  Yet, when an electron hits a screen of some kind, it reveals its position. Suddenly, it has location. It is in this sense that we say light is both a wave and a particle. The wave form of probability collapses at the instant the electron is manifest. I found the book worthwhile for this section alone and, in an insight that has surely been expressed by someone else before, I felt the idea of a wave function describing quantum uncertainty collapsing suddenly into something material aptly describes the process of artistic creation. The artist herself cannot describe the finished artwork until it is complete, until it is manifest. Until then, art is in a soup of creative potential that is impossible to pin down. Recommended.

Posted by Colin Talcroft at 4:40 PM No comments: