Boks I'm Reading: The Lives of the Muses 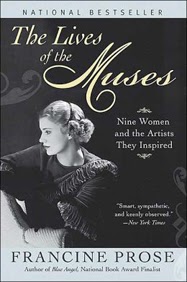 Francine Prose's book The Lives of the Muses (Perennial 2003, but originally published in hardcover by Harper-Collins in 2002) is now more than ten years old. I've owned a copy for many years, but read only one or two of the nine segments when I first acquired the book. I'm happy to have now read it from cover to cover. Subtitled Nine Women and the Artists They Inspired, the book looks at Hester Thrale, Alice Liddel, Elizabeth Siddal, Lou Andreas-Salomé, Gala Dali, Lee Miller, Charis Weston, Suzanne Farrell, and Yoko Ono and the relationships of these women to the men they inspired--the writers Dr. Johnson, Lewis Carroll, Rainer Maria Rilke; Nietsche; Freud; the painters Gabriel Rosetti and Salvador Dali; the photographers Edward Weston and Man Ray (although Man Ray was also a painter); a choreographer (George Balanchine); and a musician (John Lennon). There are more than nine men in the list because at least one of these women--Lou Andreas-Salome--was a "serial muse," as Prose puts it.

In her introduction, Prose looks briefly at the classical muses, what it has meant to be a muse in more Earthly terms since then, and specifically at the notion of inspiration in the arts. She admits that artistic inspiration remains somewhat mysterious, but points out that we are stubbornly curious about the genesis of art anyway. Again in her afterward, she attempts to find some common threads in the stories she has told. In the end, however, I feel the book is best read as a collection of nine essays about specific relationships without trying too hard to extract broad conclusions about musedom, and each of the nine essays reads well as an independent piece of writing. The essays about Lee Miller and Man Ray and about Suzanne Farrell and George Balanchine were of special interest to me--perhaps because in these two cases both the muses were themselves artists of importance, and, in the case of the choreographer and his muse, the love seems to have been particularly deep, the relationship between artist and muse particularly close, although it never became sexual. Recommended.
Posted by Colin Talcroft at 7:51 PM No comments: 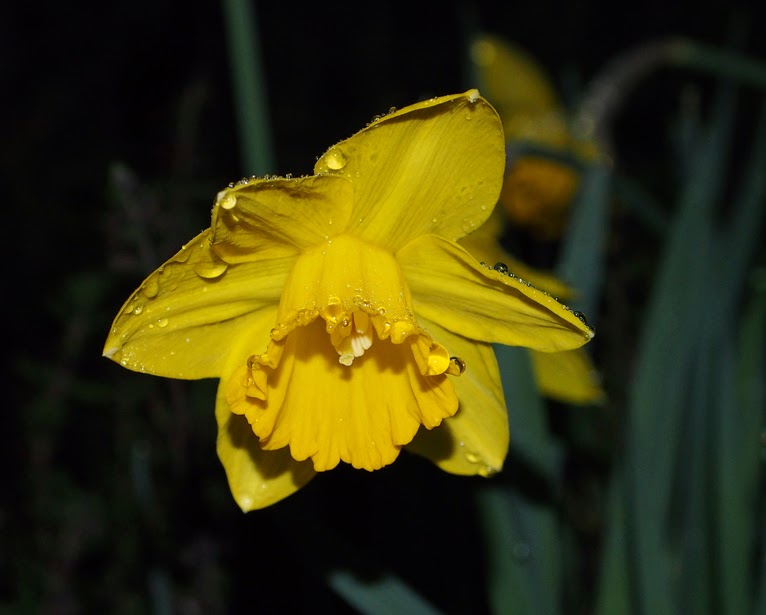 I belatedly report that our yellow daffodils began to bloom on February 8--tentatively at first, in the heavy rain, but they are fully open now that the rain has stopped and the sun is out. The yellow daffodils began blooming on February 18 in 2013, February 15 in 2012, February 2 in 2011, and on February 5 in 2009, so this seems a fairly typical date. I photographed them last night, still with water on them from the rain.
Posted by Colin Talcroft at 11:30 AM No comments:

After a long drought, it finally started to rain last Thursday and the skies seem intent on making up for lost time. Following the 5.7 inches I reported yesterday, we've had an additional 3.75 inches as of 1:00PM today, Sunday the 9th. That brings our 2013-2014 total to 13.05 inches, still well below normal, but remarkable considering that a week ago we'd had only 3.6 inches since July. In other words, we've had 9.45 inches in the past three days--and it's still pouring.

[As of Monday, February 10, at noon, the rain has stopped for the time being. Since last reporting we accumulated another 0.65 inches, bringing the total to 13.7 niches for the 2013-2014 rain year at this location in Santa Rosa. The storm thus brought us just over 10 inches of precipitation in total.] 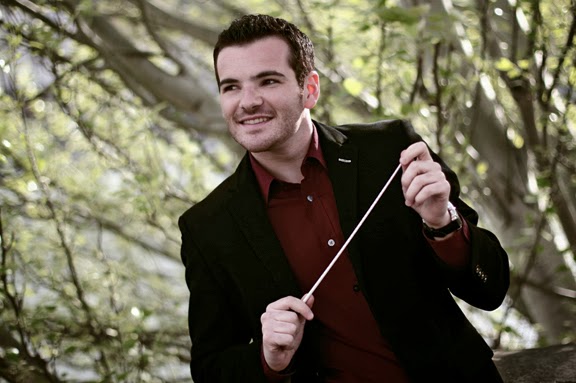 I had the pleasure of attending the February 7 San Francisco Symphony concert with guest conductor Lionel Bringuier and pianist Hélène Grimaud. The program opened with Grimaud at the piano to perform the Brahms Piano Concerto No. 1. After intermission, Bringuier led the Symphony in  Métaboles, by Henri Dutilleux, and then Ravel's La Valse. Bringuier, now associated with the Tonhalle Orchestra in Zurich and formerly with the Los Angeles Philharmonic, was entirely new to me. I'd never heard his name before. He took the first movement of the Brahms concerto rather more slowly at first than I'm used to, but not so slowly as to lose the flow of things. Other parts of the performance seemed to be on the verge of getting out of hand. In places, the conductor let the orchestra overwhelm the piano a little, although Grimaud's playing was big--almost brash (although always precise). Still, I enjoyed hearing the concerto, a very familiar composition but one I'd never heard live before, and Mr. Bringuier seemed to have things very much in hand in the second half of the program. Bringuier is one to keep an eye on. 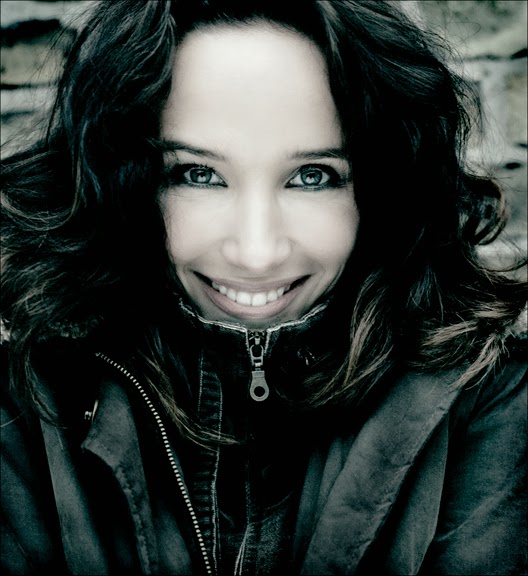 Ms. Grimaud, from what I've read about her, is something of a maverick. I haven't heard enough of her recordings to have a real sense of her style, but on stage she seemed the no-nonsense sort--both in her dress (wearing a simple knitted top in silver and flared satin pants in a warm silvery grey rather than something more flamboyant) and in her approach to the music. The impression she gave was of being simultaneously focused and overflowing with energy. She rewarded a very appreciative audience with an encore, but didn't say what it was. I questioned several ushers and a couple of the musicians on stage during intermission, but no one recognized the piece. One of the bass players suggested it might have been something by Scriabin….

Henri Dutilleux is a fairly obscure composer, but one I've always had a fondness for, mainly because of his Cello Concerto (in part owing to a wonderful old EMI recording I have of it with Rostropovich on the cello, paired with Lutoslawski's concerto for the same instrument). Dutilleux's highly abstract music always seems to reflect a much greater interest in texture, time, and timbre than in melody or harmony. Although the program notes for the concert emphasize his interest in musical structure and forms, I suspect he was motivated in a significant way by the sheer joy of experimenting with sound. He seems to paint with sound. I find it easy to imagine his music in the visual language of someone like Kandinsky. Métaboles was typical in that sense. It was a delight to listen to--to listen to in the way that you listen to sounds like frogs in the night, rain on the roof, waves against the shore, the clicking of a cricket, or the tinkling of a wind chime--with your attention attuned to the quality of the sound as much as to the direction it's going.

The concert ended with what seemed an impeccable rendition of La Valse.

Photo of Mr. Bringuier courtesy of the San Francisco Symphony (uncredited); photo of Hélene Grimaud by Mat Hennek, courtesy of Deutsche Grammophon.
Posted by Colin Talcroft at 12:30 PM No comments: