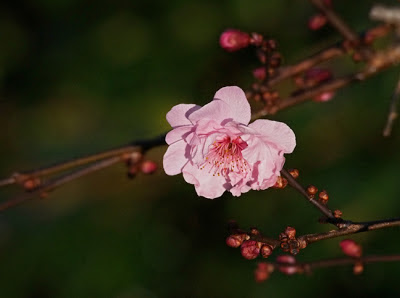 I belatedly note here that the pink flowering plum behind the house (Prunus blireiana) started blooming this year on February 15, which is within the range of its first blooming in the past. The tree bloomed on February 15 also in 2009, on February 4 in 2011, and on February 2 in 2012. I don't have a record for 2010, but it looks like the tree blooms early in February one year, the middle of the year the next. I expect it will bloom around February 3 in 2014. We'll see. The flowers are few again this year, as the sparrows and finches in the garden have eaten most of the buds.
Posted by Colin Talcroft at 5:41 PM No comments: 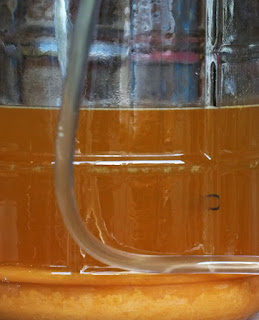 My first attempt at making hard cider is coming along nicely. The fermentation had mostly stooped (after 20 days), so I racked the cider off its lees today. There was quite a lot of sediment in the bottom of the container, so I had to top it up after the racking. I used apple juice, fully expecting the new sugar to revive the fermentation a little, but so far there has been no reaction. It may just take time. We'll see what's going on tomorrow. In the photo, taken while siphoning the cider into a clean container, you can see the deep layer of sediment.
Posted by Colin Talcroft at 12:09 AM No comments: 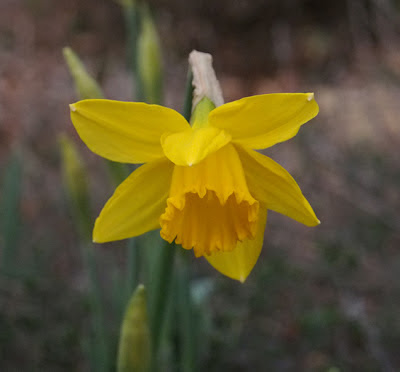