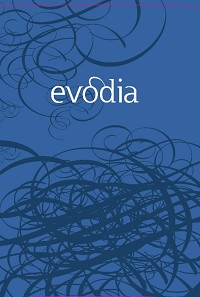 Tonight I tasted a wine from Spain's Calatayud DO, in the western part of the Zaragoza province of Aragón. The area is heavily planted with Garnacha (Grenache), among other varieties. This "Evodia" is made from old vines, some as old as 100 years, according to the label. The vineyards in the area are generally at high elevations on stony soil. This particular wine was grown on slate soils. Brief tasting notes follow.

A very pretty, deep ruby red. This is a young wine, but it doesn't have the brash purple-red color of many young wines. Herbal scents on the nose--not sage, but something along those lines. Wood and vanilla. Red berries--not quite strawberries, not quite red raspberries. Red currants, perhaps? Something suggestive of bitters, or root bark. With a little time, it began to smell jammy, suggesting fig jam. Later I noticed some smoky, flinty scents. Nice, rich attack on the palate. Full, fruit sweetness. Jam, but interlaced with licorice. Remarkably sweet. Given the sweet fruitiness and the somewhat medicinal flavors of roots and bark, you might be forgiven for mistaking this for vermouth. Very light, very soft tannins. Moderate to low acidity. Immediately appealing, with seductive fruit making the wine all too easy to drink too much of, but ultimately not very well balanced. Worth trying at least once, however, if you like wines that are all fruit. This will certainly appeal to some palates. Fairly reasonably priced at $9.99 a bottle, at Whole Foods, Santa Rosa (Coddingtown Store).
Posted by Colin Talcroft at 10:26 PM No comments: 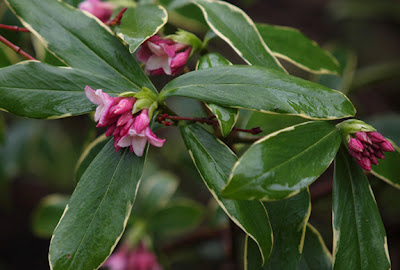 I heard the sound of rain last night as I fell asleep--the steady, quiet dribbling sound of a gutter on the far side of the house. This morning, I found 0.55 inches in the rain gauge. It's still raining, but that brings our 2011-2012 rainy season total to 13.00 inches--better, but still well below where we should be at this time of year (nearly 22.5 inches). Let it rain....

[Update: It did rain a little more. We got an additional 0.2 inches, bringing the total to 13.2 inches.]
Posted by Colin Talcroft at 8:14 AM No comments: