Art I'm Looking At: Intimate Impressionism at the Legion of Honor 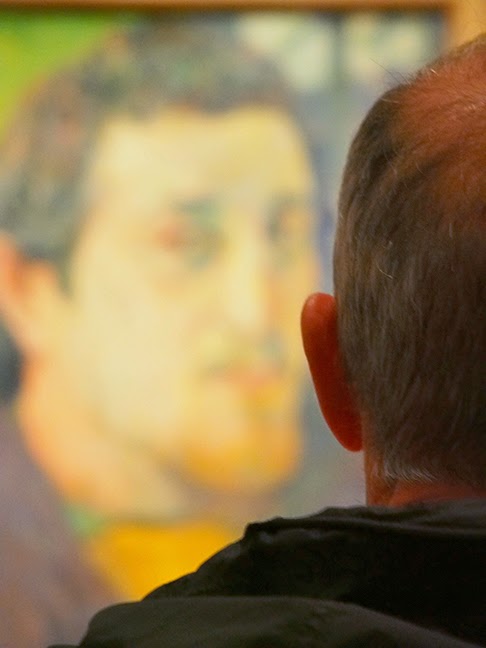 I recently saw the "Intimate Impressionism" show at the Legion of Honor, in San Francisco, a show somewhat inappropriately named, as it looks at works not only by Impressionists but also by artists belonging to considerably earlier and later artistic movements, including several that never exhibited with the Impressionists or adopted their style. Most of the paintings are on loan from the National Gallery of Art. That said, the works on display generally are small works intended not as showpieces or for salon presentation, but for hanging in homes--works intended for intimate settings--and the show hangs together such as it does because of that common thread. I suppose curators know the word "Impressionism" brings in the public. I found the exhibition most interesting for the examples that seemed atypical of many of the artists represented. 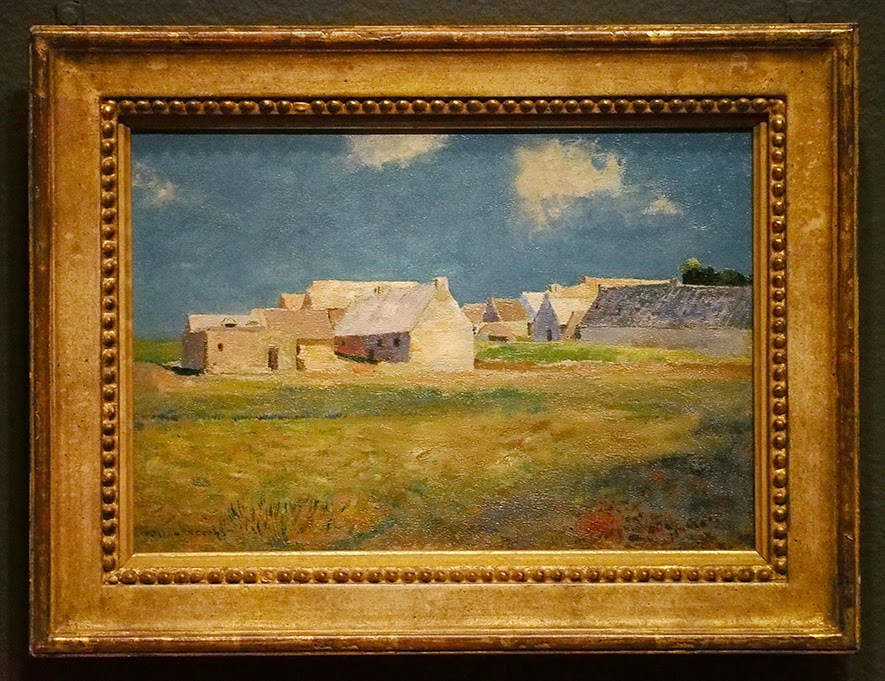 Of particular interest were a lovely plate of three peaches by Fantin-Latour, known more for his floral still lifes; several pre-Impressionist scenes by Eugene Boudin (although these were rather typical harbor scenes); and most especially, a pair of landscapes by Odilon Redon, nothing at all like the symbolist works he's known for. One of these (Breton Village, c. 1890) is shown here above. A number of unusual small works by Pierre Bonnard were of interest. There was also an attractive Gauguin self-portrait (visible behind the viewer in the top photo). Perhaps most popular (judging from the attention it got and the spontaneous conversation it engendered among visitors) was a still life called Mound of Butter (1875/1885), by Antione Vollon on the model of earlier Dutch art. Everyone seemed impressed by the skill of the rendering but fascinated also by the sheer volume of butter represented. All in all an interesting if not especially cohesive show. 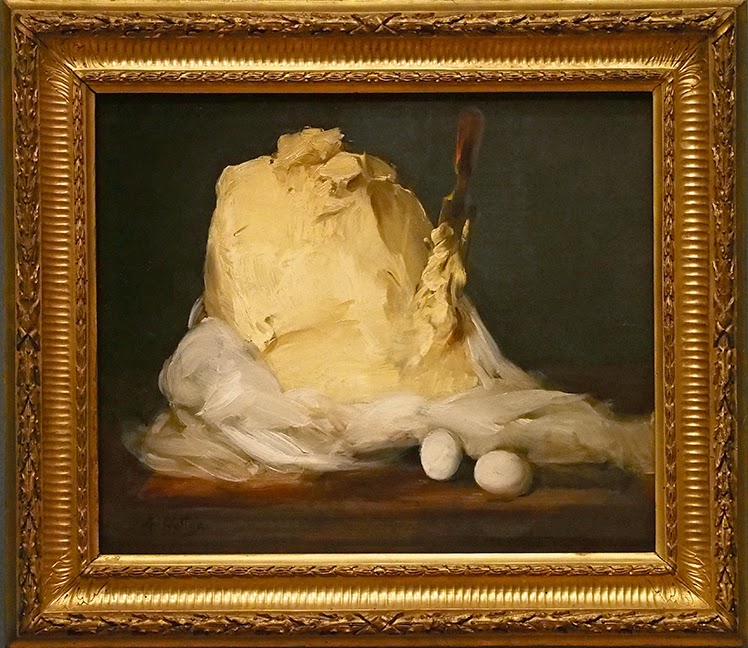 Posted by Colin Talcroft at 11:34 PM No comments: