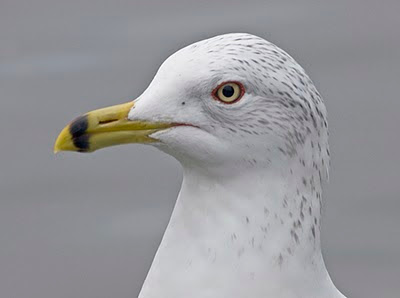 Having recently decided it prudent to get more exercise, I'm now attempting to take a walk of at least half an hour a day every day. This morning I went birding around Lake Ralphine and then walked the perimeter of Spring Lake. You see, I thought I'd kill two....never mind.

Lake Ralphine had its usual winter mergansers (I counted 36) and about half as many ring-billed gulls (pictured above). There was nothing uncommon, although I did see an orange-crowned warbler, which is unusual at this time of year. Other birds I saw were: Bufflehead, Ruddy duck, Double-crested cormorant, Great egret, Snowy egret, Black-crowned night heron, Coots, Belted kingfisher, a female scaup, and Crows. 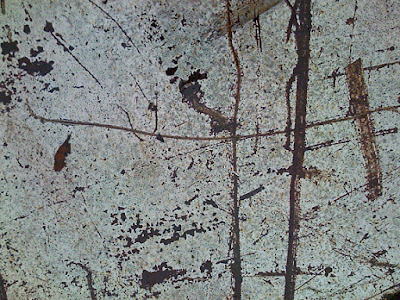 While in Richmond during the year-end holidays I found in a parking lot one of those thick iron plates used to cover holes in the ground during road construction. It was scratched, weathered, and worn. It was rusted in places. The whole had an interesting effect. Found art.
Posted by Colin Talcroft at 9:34 PM No comments: 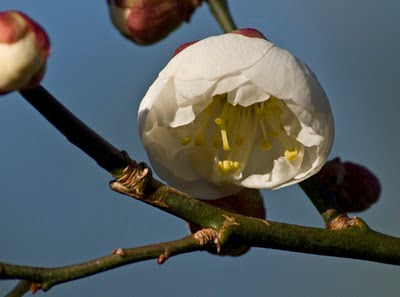 Two or three blooms opened today on the white Japanese flowering plum behind the house. This is Prunus mume, a wonderfully fragrant plant when in bloom. It's usually among the first plants to flower in the new year, but this is earlier than usual. The plant first bloomed on January 21 in 2009. In 2010, the plum first bloomed on January 19, for a year of 363 days. A year according to Prunus mume was was considerably shorter this time around, at 350 days.

[Update: The pink-flowered version of this plum bloomed January 19, 2011. I don't have a record for the first blossoms of the tree in earlier years.]
Posted by Colin Talcroft at 9:54 PM 1 comment:

Belatedly I report the rain we had on December 31 and on the first Day of the New Year. Rain on those days added 0.65 inches to our total for the 2010-2011 rainy season, which now stands at 17.5 inches. Some areas of Santa Rosa have had a couple of more inches than we have. The historical average for January 4 is 13.26 inches in Santa Rosa, so we remain well ahead of normal.
Posted by Colin Talcroft at 11:32 AM No comments: 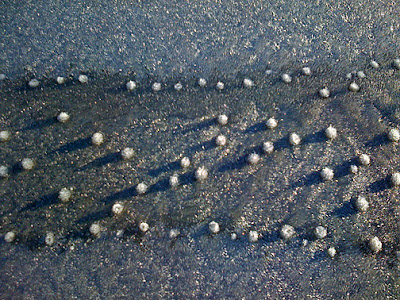 Fascinating patterns today on the tops of cars. Early morning found art. Found art of a few hours' duration.
Posted by Colin Talcroft at 10:51 AM No comments: 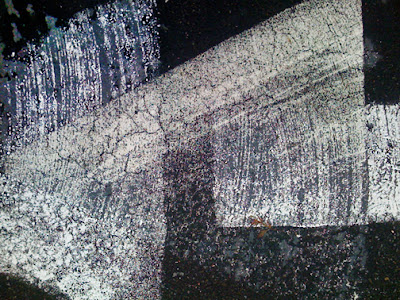 More found art from Berkeley at the end of last year. This arrow painted over another arrow on a black asphalt street caught my eye.
Posted by Colin Talcroft at 9:52 PM No comments: