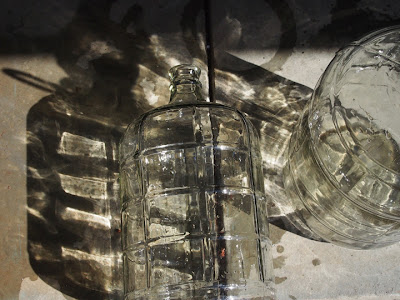 Today (October 20, 2013) I pressed the 12 gallons of Cabernet Sauvignon/Cabernet Franc that's been fermenting in the living room the past couple of weeks. The must yielded a little over eight gallons of new wine, which is still fermenting in the glass carboys that now contain it. It smells excellent and doesn't taste bad either, although a little sweetness is still apparent. I expect it will be fermented completely dry in another three days or so. 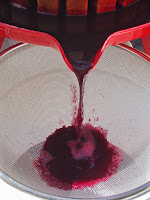 As I added the yeast on October 10, the wine was fermenting 10 days on the skins, but had had a four-day pre-soak, so a total of two weeks on the skins. It looks dark and heavily extracted. So far, so good. 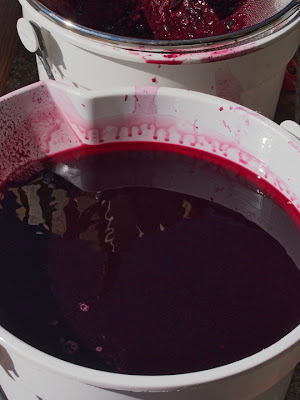 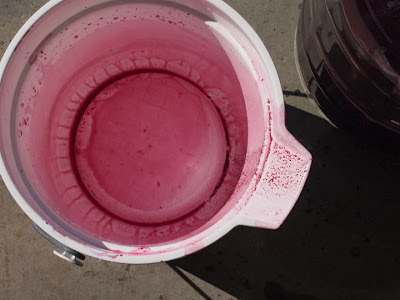 Posted by Colin Talcroft at 11:46 PM No comments: