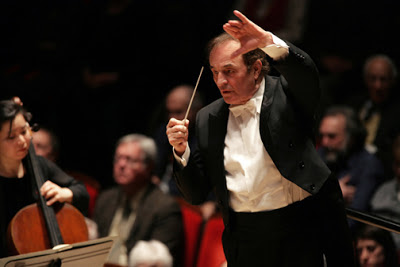 Dutoit never really disappoints. The entire concert was clean and enjoyable and enhanced by the beautiful clarity of sound in the new hall (apparent particularly in a passage in the Enigma Variations that involves extended low notes in the violas; and it's worth mentioning that the solo work by the principal viola elsewhere in the variations was notably fine). 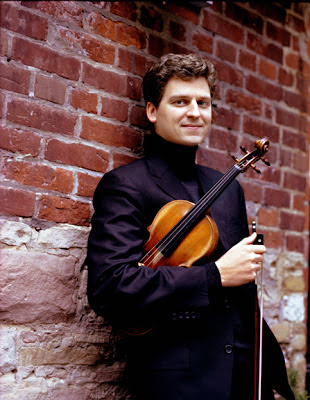 James Ehnes was soloist in the Lalo. He gave a precise, energetic performance that was hard to fault except that it came across as rather too tame. The Symphony Espagnole, it seems to me, requires a bit of fire to be really successful, and that was lacking. The violin Ehnes plays (according to the program notes) is the 1715 "Ex-Marsick" Stradivarius, lent by the Fulton Collection. It's a rather delicate, sweet-sounding instrument with little throatiness in the low range, and I suspect that added to the impression. It's always a pleasure to hear the fine musicians of the San Francisco symphony, but, on the whole, this concert lacked excitement.

Photos of Charles Dutoit and James Ehnes courtesy of the San Francisco Symphony.
Posted by Colin Talcroft at 10:58 AM No comments: