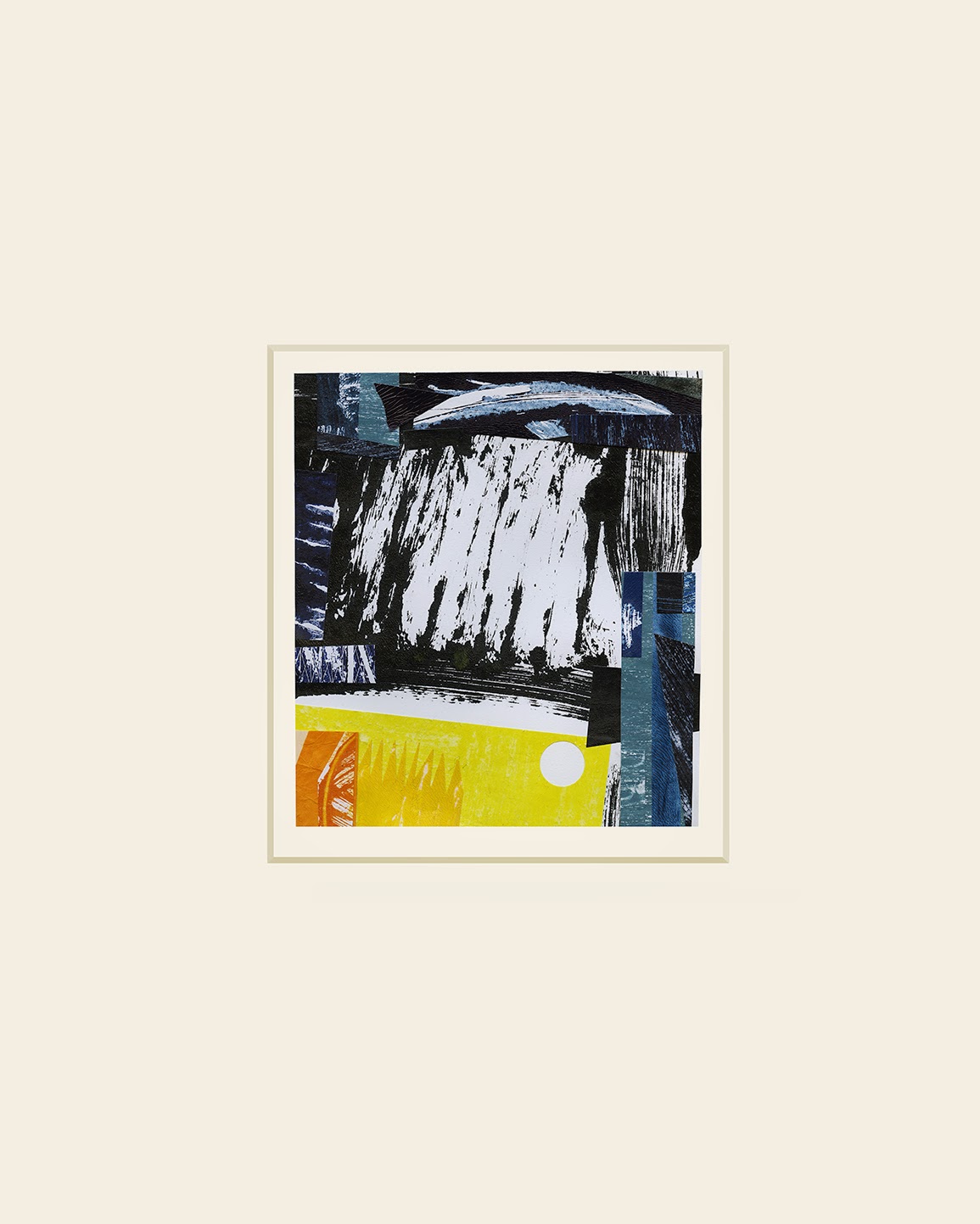 Still catching up, here are a couple of recent collages--these two finished in January. Untitled Collage No. 85 (Santa Rosa), picture above, uses scraps of various blue papers I've made in the past but also some of the yellow papers I've painted more recently. I like the way the central white element "talks to" the comb-like orange form at the bottom of this piece--and the dance of objects around that little conversation.

Untitled Collage No. 86 (Santa Rosa) is a smaller piece, one that draws on mottled, blue, grey, and maroon papers that remind me of old-fashioned marbled endpapers from book jackets. This is a dense piece that reminds me of layers of soil in cross section--although I had no such idea in mind as I was working on it.

Click on the images for a larger view. For more, use the Art I'm Making tab to the right or visit my collage website at http://ctalcroft.wix.com/collage-site/. 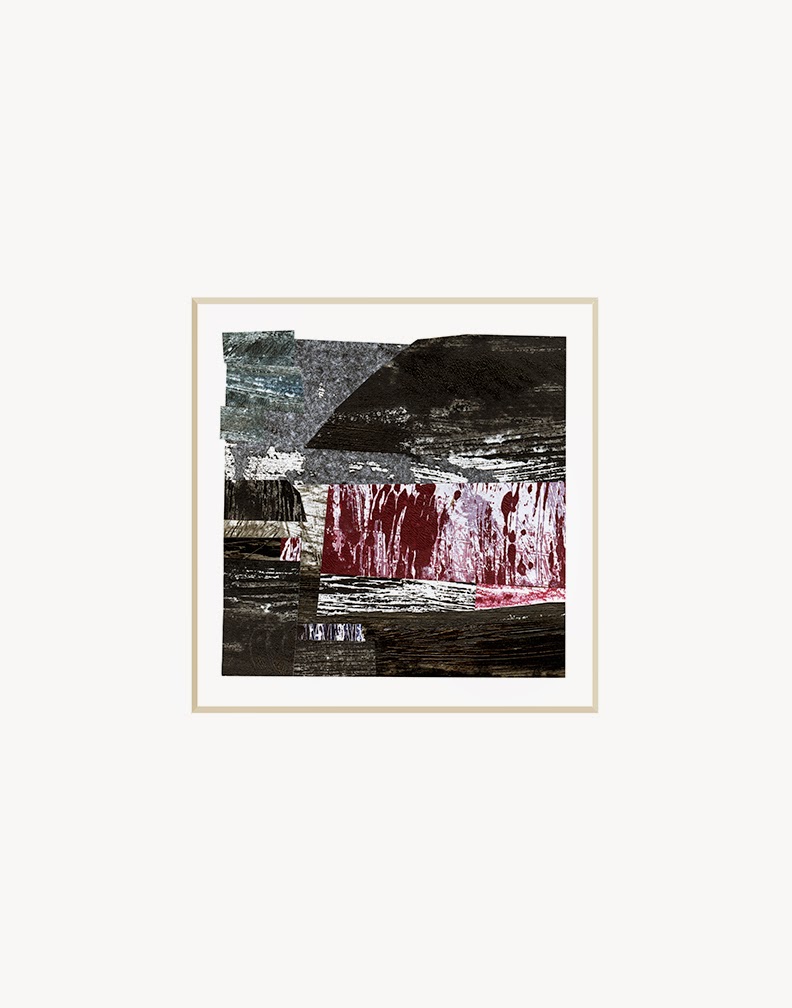 Posted by Colin Talcroft at 4:21 PM No comments: 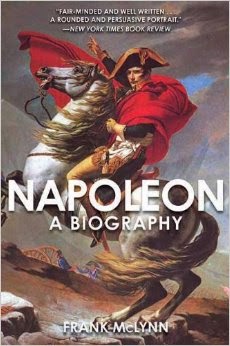 I recently read The Black Count, about Alex Dumas, one of Napoleon's most successful (and unjustly neglected) generals, incidentally the father of Alexandre Dumas, the writer, who drew on his father's imprisonment for The Count of Monte Christo. It made me feel rather ignorant about Napoleon. Happily, ignorance is easily remedied, if you enjoy reading. So, I  picked this book up from my bookshelf. It was a gift--the last gift--I gave my father, shortly before he died. He never read it. It reverted to me after his death and it's been sitting on a bookshelf here since.

After finishing this comprehensive biography of Napoleon, I'm left wondering, what was it all for? The author estimates Napoleon was responsible for the deaths of about 4 million people, both soldiers and civilians, throughout Europe. He (Napoleon, not the author) appears to have been extremely selfish, extremely insensitive to the suffering of the civilians in the countries he overran, and of even his own soldiers. Virtually all the territory he took was later lost to France. He rolled back many forward-looking reforms that came out of the Revolution. So, what did all those deaths achieve? It's hard to say. I suppose the Rosetta Stone and other discoveries made by the scientific experts that accompanied his early campaigns (mostly the Egyptian campaign) were worthwhile, but probably not worth the lives of so many people.

Strange also is the parabolic development of Napoleon's military genius. It seems to have bloomed rapidly, peaked, and then abandoned him. The second half of his tenure as France's leader was marked by bad military judgment with only a few exceptions--a few moments of resurgent brilliance. He seems to have been particularly bad at judging character, failing to sack incompetent and deceitful generals, and incapable of doing anything but indulging his ungrateful relatives.

Having read no other Napoleon biographies, I can't say how this one compares to others, but it appears to have been well received by critics and it gives the impression of being well researched and even-handed. At the very least, it's lucidly and engagingly written and without a single typographical error, which is refreshing (I read the 2011 Arcade Publishing paperback edition).
Posted by Colin Talcroft at 4:10 PM No comments: