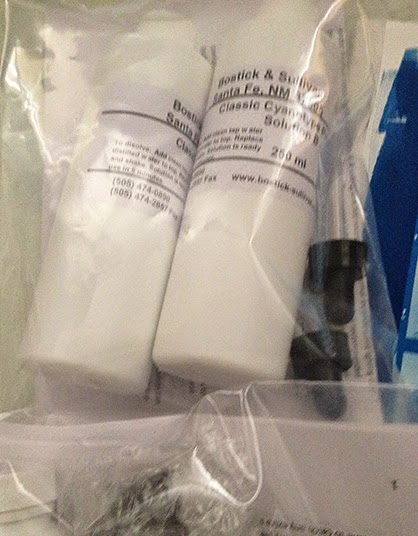 I recently visited the Santa Rosa studio of photographer Barbara Elliott, whose work I plan to show in August and September on the Art Wall at Shige Sushi. We ended up talking for a couple of hours. One subject that came up was the work she's been doing trying to learn the platinum/palladium photographic process. We also talked about cyanotypes--a process that's always interested me for its simplicity. I've fooled around with pre-sensitized sheets for making cyanotypes before, but the sheets are small, expensive, and rather flimsy. Barbara told me about supplier Bostick & Sullivan, where I just got a deluxe kit of chemicals for making both cyanotypes and Van Dyke prints.

Cyanotypes, as the name suggests, are blue (blueprints are essentially cyanotypes), the final image formed by a insoluble deposit of ferric ferrocyanide--also known as Prussian blue, which has always been one of my favorite colors (remember the "Midnight Blue" Crayola crayon?). Van Dyke prints are brown, but rather different in color from a sepia-toned print. I associate the Van Dyke process mostly with the work of David Octavius Hill and Robert Adamson, who together used it extensively in the 1840s to make portraits that remain highly regarded today. Anna Atkins, who published a book of photograms of algae and other plants  in three volumes in the 1840s and 1850s and is usually credited with creating the first book illustrated with photographs, used the cyanotype process. I look forward to playing with my new chemicals.

["Midnight Blue" was one of the original eight Crayola colors introduced in 1903. Until 1958, it was known as "Prussian Blue." It's still in the line-up. It was always my favorite.]

Posted by Colin Talcroft at 12:24 PM No comments: 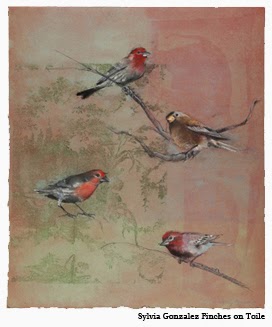 Tonight I plan to attend the opening of a new show at Ice House Gallery, in Petulama. "Birds" an exhibition celebrating the art of rendering birds by artists Dick Cole, Sylvia Gonzalez, Diana Majumdar, Robert Poplack, Michele Rosett, Stephanie Sanchez, and Joanne Tepper. 405 East D Street, Petaluma. Reception tonight from 5:30 to 8:00. Look for a review here in the next couple of days.
Posted by Colin Talcroft at 11:30 AM No comments: 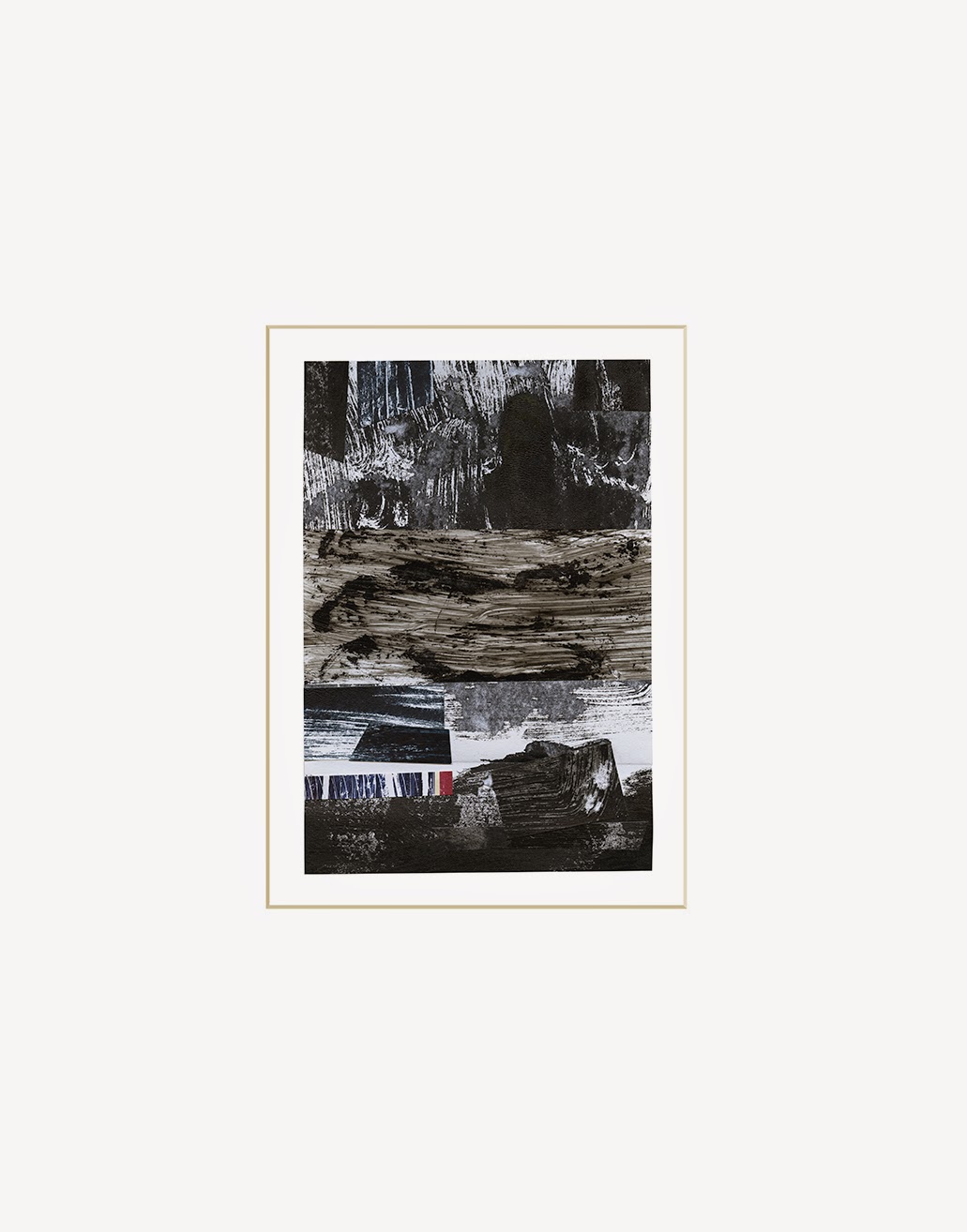 Still trying to catch up with posting images of my most recent collage work, here are two recent pieces--Untitled Collage No. 87 (Santa Rosa) and Untitled Collage No. 88 (Santa Rosa). The first of these is nearly all in black and white--with just a little Prussian blue and a touch of red. The tiniest touch of color in just the right spot can transform a composition. It has the feel of a landscape, although entirely abstract in conception (acrylic on paper, acrylic monoprint, collage, 13.3 x 10.4cm, January 28, 2015).

Untitled Collage No. 88 (Santa Rosa) is a small, nearly square piece that uses a scrap of pastel-covered drawing paper I got from another artist (the rust-colored element) and incorporates a sliver of an engineering drawing. 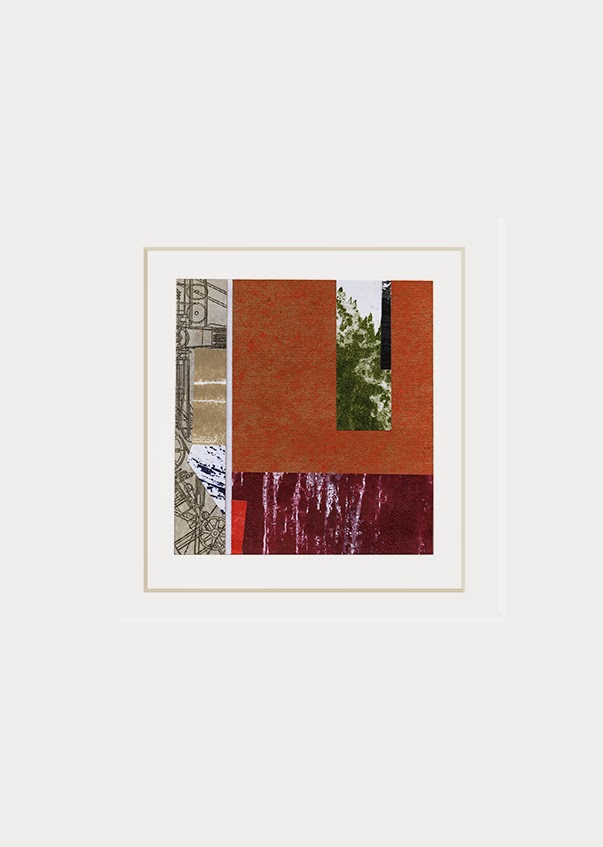 Click on the images for a larger view. For more, use the Art I'm Making tab to the right or visit my collage website at http://ctalcroft.wix.com/collage-site/ (requires Flash Player). Come see my work in person during the Art at the Source open studios event, June 6 & 7 and June 13 & 14, 2015--at Studio 48, in Sebastopol

Posted by Colin Talcroft at 10:29 AM No comments: