Leonard Nimoy died today. Sorry to hear this news. Like most, I knew him mainly as Spock in the original Star Trek series and the original series has always been the real Star Trek to me--the one I remember watching in real time as a child. Thursday nights at 6:00, but memory is a tricky thing.

My father worked with Nimoy in the late 1940s at the Pasadena Playhouse. I remember him saying he respected Nimoy for his diligence--that Nimoy would accept almost any role offered him and work hard to do his best at it, often roles that other young actors would look down on. His diligence appears to have served him well over a long career.  RIP.
Posted by Colin Talcroft at 9:55 AM No comments: 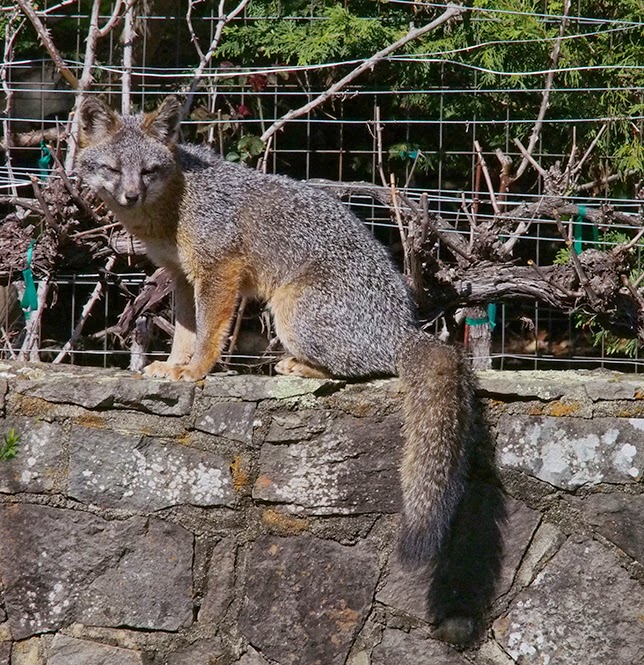 An unusual morning visitor in the garden today. I spied a fox running across the driveway. He hopped up onto the garden wall and posed there for a short spell.
Posted by Colin Talcroft at 1:30 PM No comments: