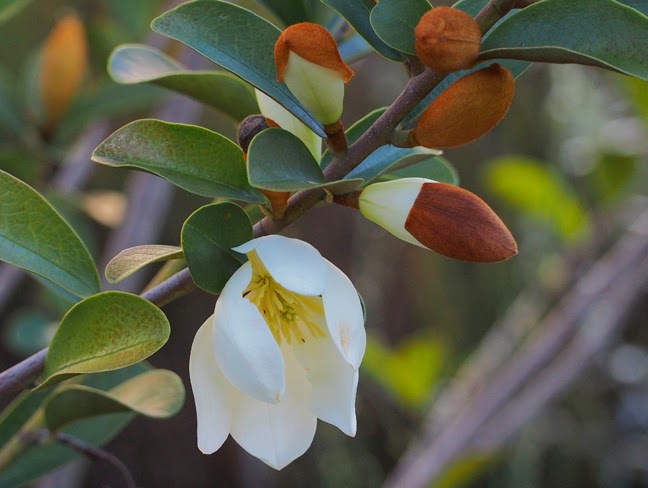 Warm weather has coaxed out new flowers in the garden. On the 11th, the first buds of this year opened on the Michelia Yunnanensis (a magnolia relative native to the Far East) at the side of the house. I love this plant for its deep green foliage and the beautiful cinnamon-colored covers on the buds. The 11th was also the first day of blooms on the large wild rose, also on the side of the house. This is Rosa mutabilis chinensis. It lives up to its name. The color of the blossoms is highly mutable, changing as the flowers age. 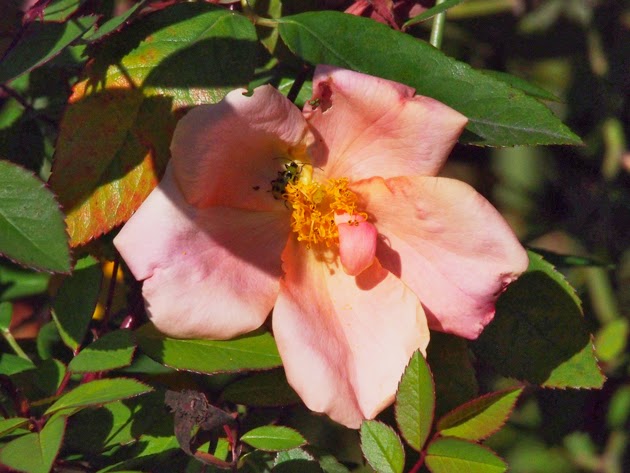 Posted by Colin Talcroft at 5:56 PM No comments: 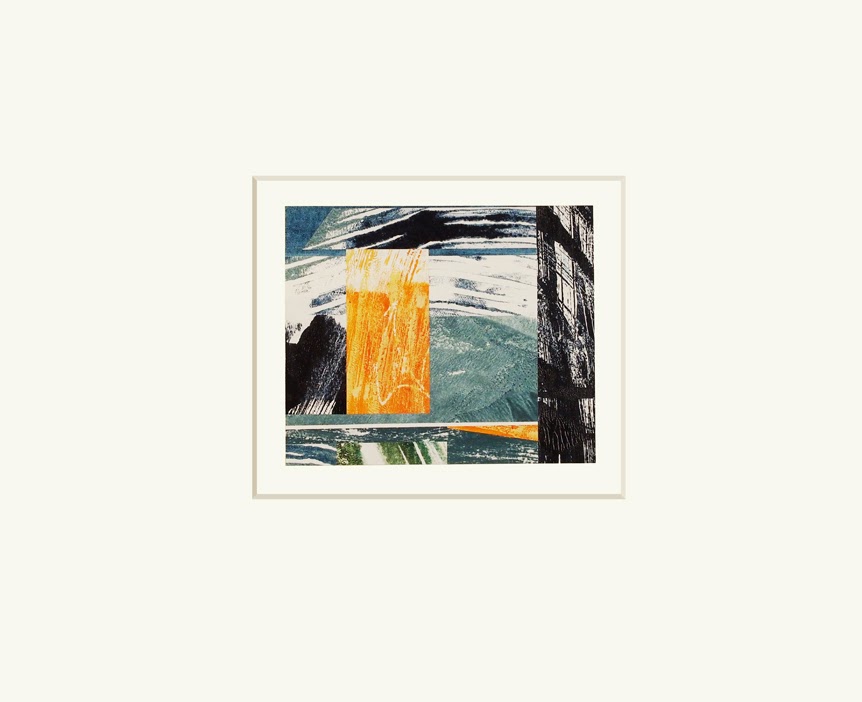 There's a large pile of painted paper scraps on the floor of my office/studio. Yesterday, I began combing through them, looking for the more interesting pieces. Having set aside a few scraps with appealing colors and attractive patterns, I began to set some of them side by side and quickly came up with a new composition, again using mostly indigo and orange. Although unintentional, this one has something of the feel of a landscape.
Posted by Colin Talcroft at 11:58 PM No comments: 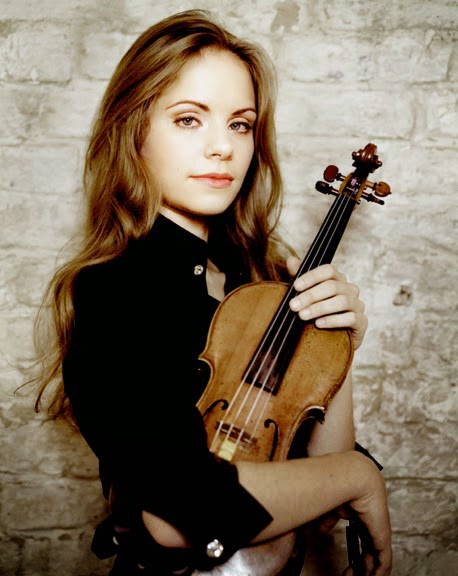 I attended the March 7, 2014 performance of the San Francisco Symphony with Michael Tilson Thomas conducting. The program included only two pieces, Pokofiev's Violin Concerto No. 1 and The Symphony Fantastique, by Berlioz. Violinist Julia Fischer was the soloist in the concerto. I wish my understanding of music were at a level that would allow me to persuasively articulate what it is about Michael Tilson Thomas's conducting that bothers me. I find it hard to put into words and always suspect my own ignorance is at the root of my dissatisfaction rather than something I'm hearing. After all, Michael Tilson Thomas is Michael Tilson Thomas. Who am I to complain? Still, I consistently find him inconsistent.

Julia Fischer is a fine performer. That was apparent when she gave the audience an exhilirating encore, playing the final movement of Paul Hindemith's Violin Sonata in G minor with verve, but the Prokofiev was something of a disappointment--much as I love the music. Thomas took it more slowly than I'm used to at the outset while other sections seemed rushed, and Fischer's playing felt a trifle mechanical in places and lacking passion. It was as if the soloist and the conductor hadn't quite agreed on things. Perhaps it doesn't matter. The encore was worth the price of admission. She played the solo violin piece with confidence and conviction and got a standing ovation in return. The other performers on stage watched her with rapt attention as she played. I've noticed performers watching soloists that way before. I always wonder what they're thinking. Is it simply a pleasure to watch another fine musician? Are they hoping to learn something? Are some of them jealous? Are they annoyed that they won't get home as early as they had planned on?

Between 2000 and 2004, Fischer played the Booth Stradivarius, owned by the Nippon Music Foundation (the violin Arabella Steinbacher now plays), but in 2004 she purchased a Guadagnini violin made in 1742 or 1750 (depending on which source you believe). I don't know much about Guadagnini, but I thought the instrument had an unusually sweet, even tone throughout its range. According to the Wikipedia article on Gadagnini, his instruments have been owned and played by the likes of Wienawski, Ysaÿe, Vieuxtemps, and Joachim, and more recently Arthur Grumiaux and Victoria Mullova, which seems a strong endorsement.

I had never heard the Symphony Fantastique live before. I enjoyed it for that reason alone. It's a richly orchestrated piece, which means there's a lot to see (as well as hear). As always in San Francisco, the woodwinds stood out. The conducting seemed uneven, though. The first section, came across as without direction--a series of inconclusive crescendoes and decrescendos. The third section seemed to drag, too, although the Symphony players were in top form during the rest of the performance--and top form at the San Francisco Symphony is very high, indeed.

Photo of Julia Fischer by Kasskara, courtesy of the San Francisco Symphony.
Posted by Colin Talcroft at 5:50 PM No comments: 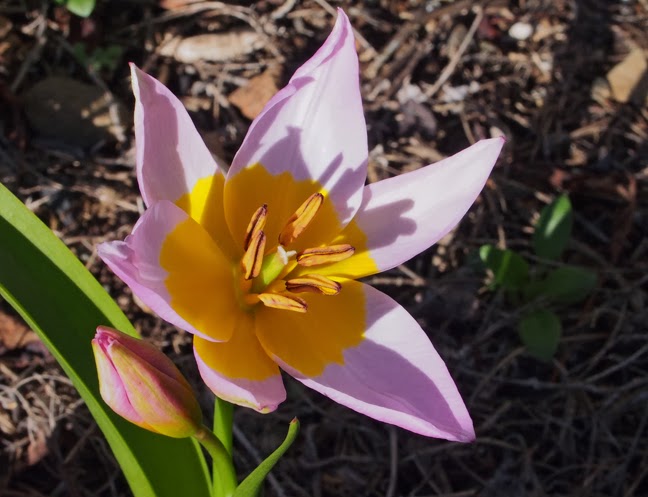 With some rain now behind us and warmer weather, the garden is beginning to come alive again. On March 5, the small Rhododendron called "Pink Snow Flakes" began to bloom. The Kerria by the side wall started blooming at about the same time--a plant I know by its Japanese name, yamabuki. On March 6th the first of the species tulips Tulipa bakeri started to bloom (above). Only a few of these are left. I planted hundreds, but they were discovered one summer by the ground squirrels. The squirrels dug them all up and ate them. They are slowly spreading again. The Nanking cherry (Prunus tomentosa) began blooming on the 6th as well. The large Ray Hartman Ceanothus started blooming around the same time (below). The dwarf peach and dwarf nectarine behind the house are both in full bloom now, along with the golden currant bush (Ribes aureum). 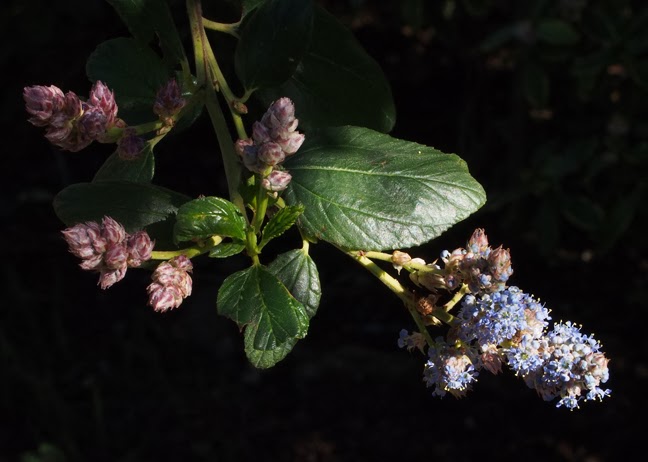 Posted by Colin Talcroft at 10:26 AM No comments: