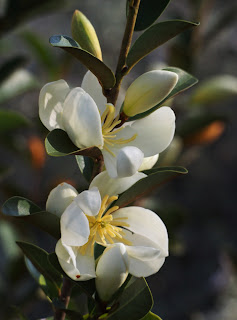 A lot going on in the garden now. Daffodils are blooming. Candytuft is now in full bloom, along with creeping phlox. The dwarf peach and nectarine trees are in full bloom as well. Rosemary of all sorts is awash with blue, as are most of the Ceanothus varieties we have. Yesterday the "Snow Fountain" weeping cherry started to bloom and Michelia yunnanensis (pictured), a magnolia relative native to East Asia (and one of my favorite plants in the whole garden) started to bloom on March 20. The first of its cinnamon-sheathed buds opened on March 29 last year (2012), so this is a bit early. It bloomed on March 29 also in 2011. It bloomed on Aril 1 in 2009, but on March 22 in 2010.

Posted by Colin Talcroft at 10:02 AM No comments:

Showers earlier this week gave us some much-needed precipitation. Rain on Tuesday and Wednesday (March 19 and 20) added 0.55 inches to our total for the 2012-2013 rainy season. We have now had 23.00 inches at my location, although some locations have had a little more. That's considerably below normal for this date in Santa Rosa, which is over 31 inches. Average annual precipitation in Santa Rosa has been a little over 36 inches.
Posted by Colin Talcroft at 9:24 AM No comments: 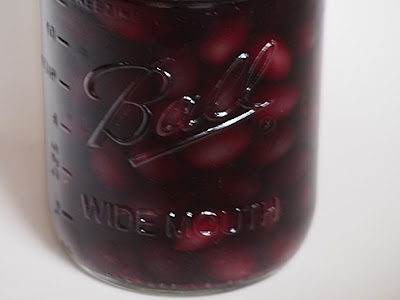 I bottled our first batch of 2013 olives the day before yesterday. These are made from our own tree--smaller than those from our neighbor's tree. The larger olives are still a little bitter, so I changed the brine they're in and will give them another week or so. I brined these smaller ones on February 10, so they took about five weeks to make, which seems typical for the smaller variety. I bottled up about six pints. The lemons, wine vinegar, garlic, and herbs I added this year give them quite a nice flavor.
Posted by Colin Talcroft at 9:14 AM No comments: 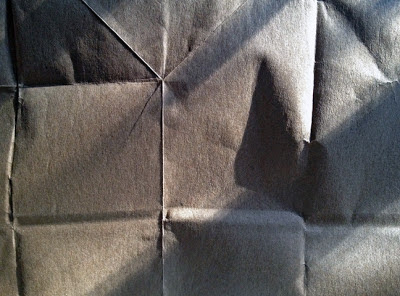 Early morning sunlight transformed this unfolded paper bag into a study in line and shadow. I like the contrast between the sharp creases and the soft, puffy folds. Found art. 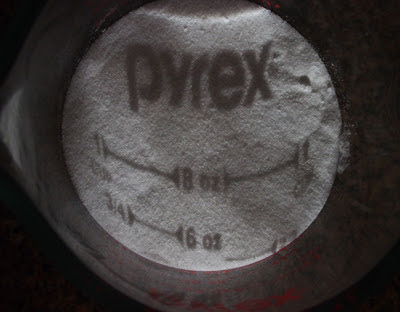 Bottled the hard cider yesterday--my first attempt at making the stuff. I dosed my three gallons of fully fermented liquid with 78 grams of dextrose to fuel a secondary fermentation in the bottles--which will give the cider a little sparkle. I hope I've calculated the sugar correctly; the proper amount is supposed to be 3/4 of a cup of sugar to five gallons of cider. I converted that to grams and reduced the amount appropriately for three gallons. Too much sugar will mean too much fermentation, which will mean too much carbon dioxide production and possibly more pressure than the crown caps can hold. I hope the bottles don't burst. I've been told that I should leave them at room temperature for about two weeks to do their thing (until March 30). Then I'm supposed to throw a couple bottles into the 'fridge and give 'em a try when they're nice and cold--that's the delivered theory anyway. Fingers crossed. 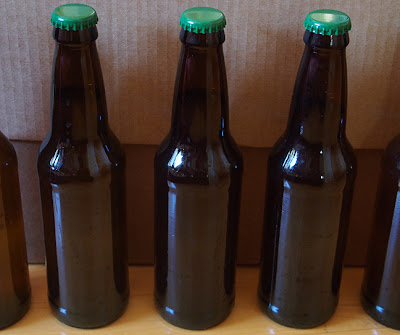 Posted by Colin Talcroft at 11:52 AM No comments: