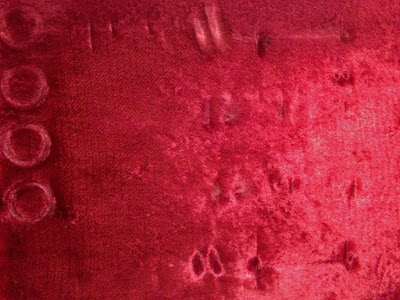 My son is a clarinetist. At his weekly lesson recently I noticed the patterns on the velvet inside his teacher's clarinet case. I liked the soft sheen. I liked the impressions made in the material from years of cradling clarinet parts. Found art.

For more found art, see my blog Serendipitous Art.
Posted by Colin Talcroft at 7:50 AM No comments: 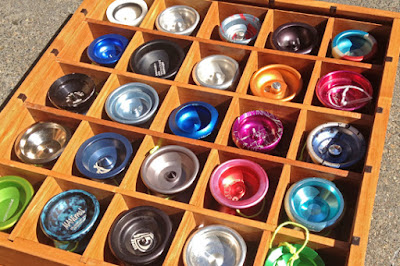 Last Saturday, March 3, my son participated in the 2012 California State Yo-Yo Championships--his first time entering such a contest. There were 87 contestants in the 1a class he chose. He ranked 40th, which doesn't sound all that great, but he can now claim to be the 40th best Yo-Yoer in the state of California--which sounds pretty good. Actually, it is pretty good, considering that the top placers included current and former state and national champions as well as people that have placed in or won world competitions. This year's top award in the 1a class went to Yuuki Spencer. He was followed by Gentry Stein and Augie Fash. Some of the best are amazing to watch in action. I enjoyed watching the action off-stage as well--people comparing skills and sharing tricks, trading, buying, selling, and everywhere the whirr of yo-yos. 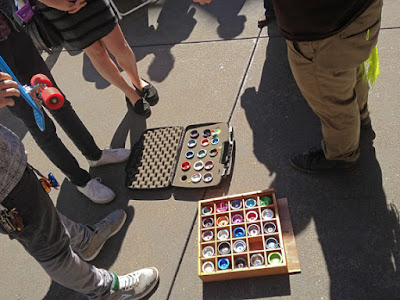 Posted by Colin Talcroft at 9:35 PM No comments:

I was surprised to find an Albariño wine from Spanish producer Raimat today in my local Whole Foods market. I wasn't aware that Raimat made wines from the Albariño grape. I think of Raimat mostly for Chardonnay and Cabernet Sauvignon, but I picked up a bottle for three reasons. First, and perhaps most important, I like good Albariño. Second, when I lived in Japan years ago, I often drank the wines of Raimat because they were generally well made and a notch higher in quality than their very reasonable price points promised. Third, I was curious to see what an Albariño from this part of Spain might be like.

Raimat is based just northwest of the town of Lerida (locally Lleida), about two hours west of Barcelona, in Catalonia (Catalunya). Raimat has its own subzone in the Costers del Segre DO. As noted above, the wines of this producer have always seemed more focused on international grapes and trends than on local traditions. Albariño, while it is a grape more local to Spain than either Chardonnay or Cabernet Sauvignon, is usually associated with Galicia, in the extreme northwest of the country, and with the contiguous areas of Portugal, where it makes light, crisp wines that at their best are flavorful yet delicate and often enhanced by somewhat exotic notes. Brief tasting notes follow.

Very pale straw color. Interesting nose, suggestive of limes and white peaches. Quite dry and crisp on the palate at first, then with a deep, grapey flavor accompanied by a rush of mid-palate sweetness that tapers off into more acidic, grapefruit-like flavors on a moderately long finish. Peachy flavors linger beyond that. Has something of the quality of a Viognier wine. Rather heavier and less subtle than the best Albariño wines. Overall, a bit lacking in acidity, despite the slight tartness on the finish. Could be crisper. Something of a disappointment, although not at all unpleasant. One example provides too little data to say anything definitive, but this suggests Costers del Segre is not especially well suited to this grape. Moderately priced at $9.99, but I won't be going back for more.
Posted by Colin Talcroft at 9:05 PM No comments: 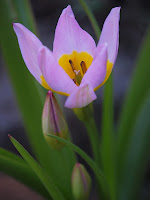 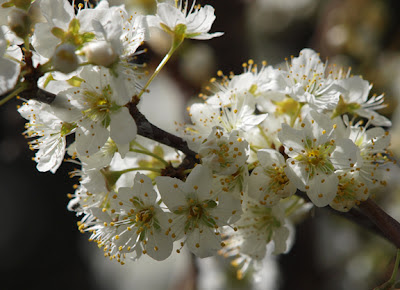 The Santa Rosa plum bloomed on February 23 in 2010 and on February 16 in 2011, so March 1 seems comparatively late. So far, the tree has calculated years of  358 days and 379 days, which average to 368.5 days, still somewhat long, but there's not enough data yet for that to be very meaningful. 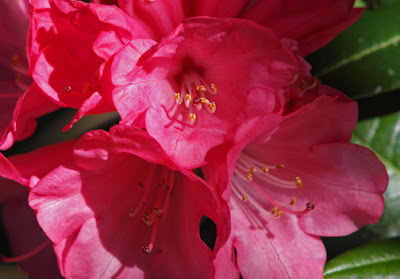