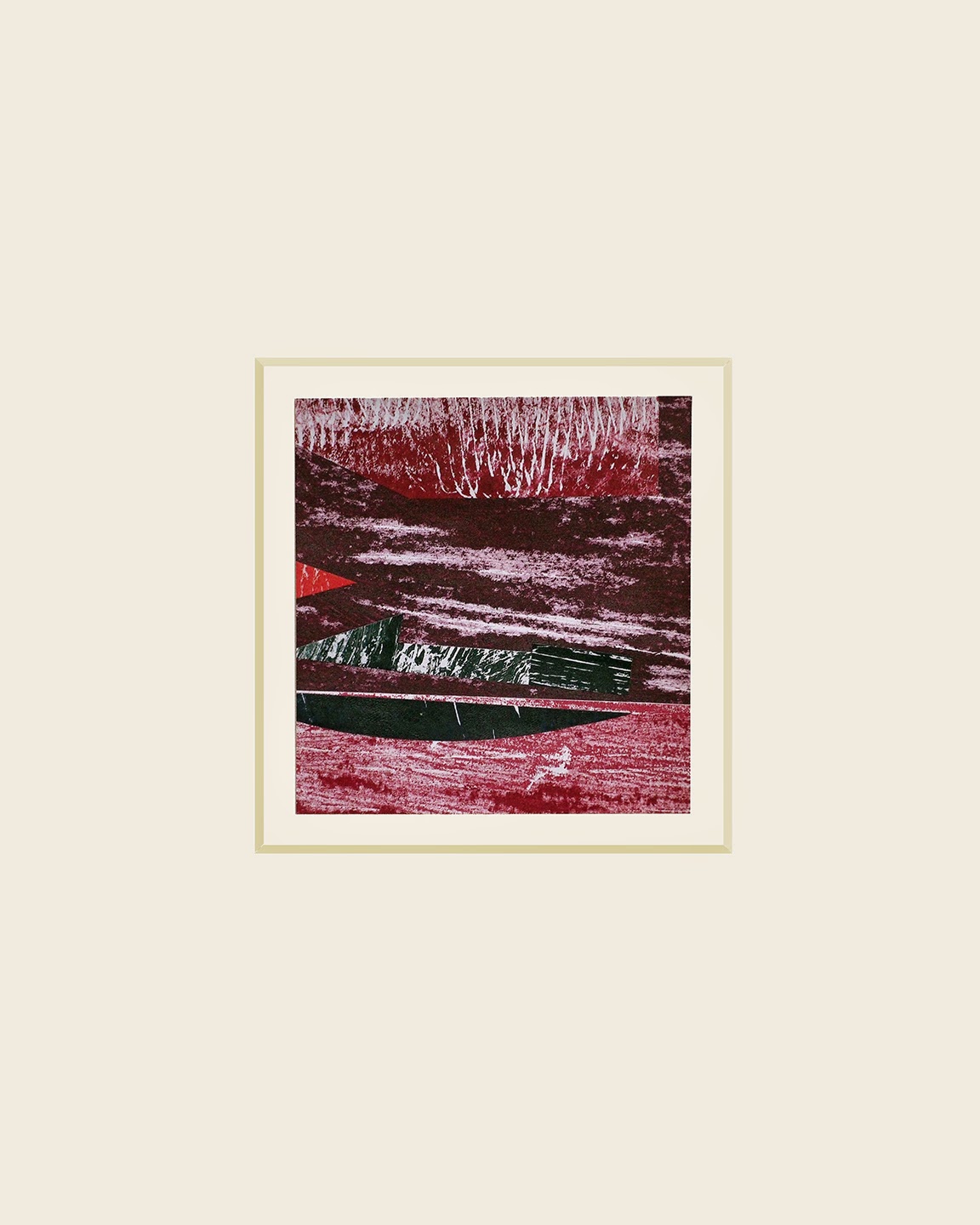 I continue to make collages at a fairly steady pace--roughly finishing one a week. Here are Untitled Collage No. 63 (Santa Rosa) and Untitled Collage No. 64 (Santa Rosa). Both use new papers I've created in raspberry and dark blue-black colors with a lot of striping and scratching done with a cake decorating tool and the back end of a paint brush. 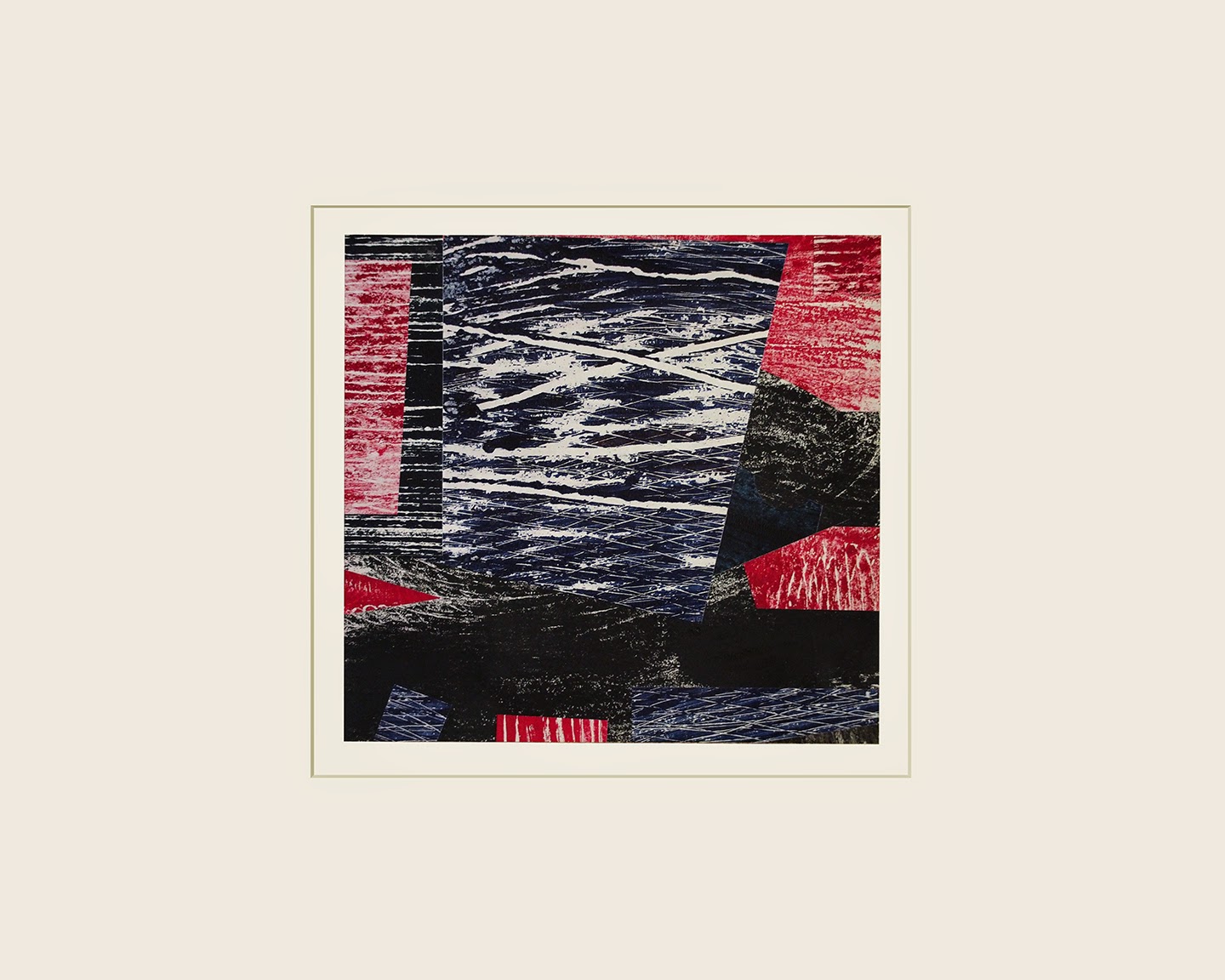 Posted by Colin Talcroft at 7:55 PM No comments: 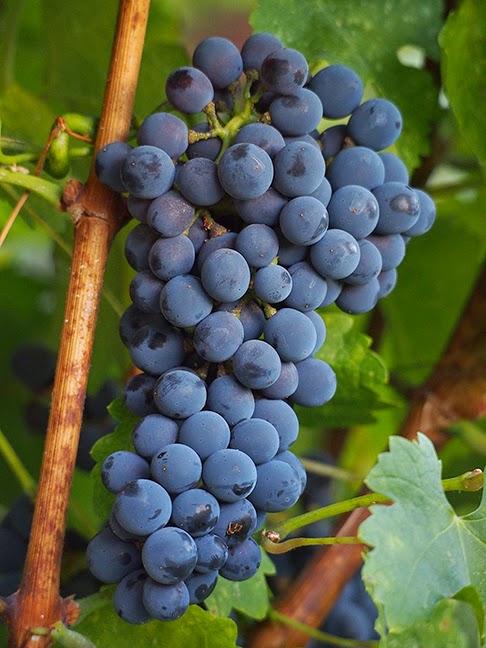 We're probably still several weeks to harvest, but I tested a couple of berries on the vines today, just to see how things were progressing. A single Sangiovese berry measured 21 degrees Brix, a cabernet berry 20 degrees Brix. In a couple of weeks I'll start taking sample berries from clusters all around our little vineyard to get an idea of the average ripeness of the fruit, but above 20 degrees Brix at this date suggests harvest may be on the early side this year. I like to pick the Sangiovese (for making rosé) at about 23 Brix, the Cabernet at 24-25 Brix. Depending on the weather a one degree increase in sweetness can take a week or more. We may be picking toward the end of September rather than in the second week of October, which has been typical. 2014 will be our 11th vintage. Soon I'll bottle the 2013 Cabernet, which will give us ten years of winemaking in bottle. Time for a vertical tasting soon.
Posted by Colin Talcroft at 7:48 PM No comments: