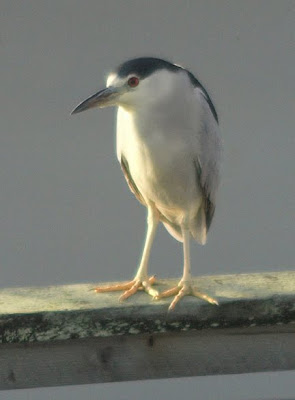 Took a quick run out to Bodega late this afternoon (the 19th). Didn't have much time, so I just raced through the usual spots. The tide was very low. I don't think I've ever seen it so low. Not a lot of birds were around. Not a single bird at the farm pond to the left side of the road as you approach from Sebastopol.

So, nothing out of the ordinary, but many more ducks and grebes than in the recent past (I hadn't been out in about a week and a half). Tomorrow I'm hoping to go out to the Las Gallinas ponds, Rodeo Lagoon, Point Reyes area--if work permits.
Posted by Colin Talcroft at 10:34 PM