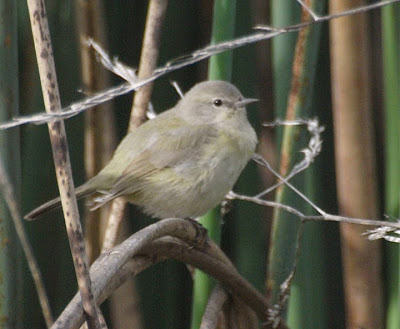 Spent the day out at the Ellis Creek Water Treatment Ponds, in Petaluma. Went with a group of very serious birders--a bit too serious, it seemed to me. Had fun nevertheless. The group saw something like 70 species, of which I saw 54. I saw a number of birds for the first time. Highlights were a flying American bittern, a pair of peregrine falcons, a sora, a greater white-fronted goose, a few common goldeneyes, and some really good looks at a number of Say's phoebes.