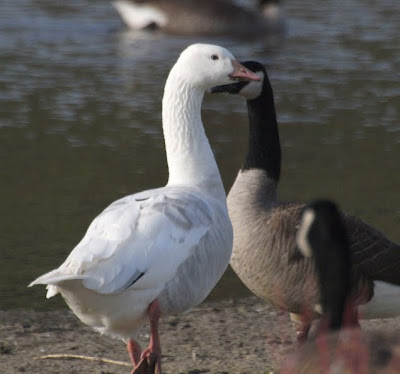 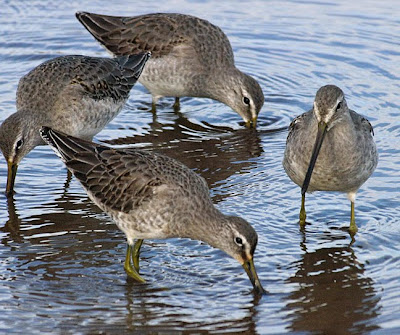 While waiting for my son at his Clarinet lesson today, I took a walk around the small pond at Place to Play Park, in Santa Rosa. Saw quite a few birds, including about 300 Canada Geese. Among them was what I'm pretty sure was a Snow Goose--which would be an unusual sighting for the middle of Santa Rosa--but the bird lacked the black primaries a snow goose should have--so, not entirely sure about this one. One expert I consulted has said it may be a partial blue morph snow goose.