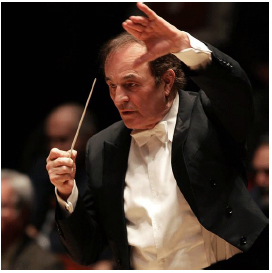 Renowned Swiss conductor Charles Dutoit is serious and precise on the podium (I'm sure he accepts no nonsense) but behind the seriousness, he seems to have a healthy sense of humor. He usually has an impish half-smile on his face and an air of amiable unflappability before and after he works. He almost dances when he conducts, seeming not so much to coax as to command music from the performers, and, apparently, they can't help playing at their best when he's in charge. At Friday night's concert (March 11, 2016), he drew forth some of the best music I've heard in a long time anywhere. Dutoit is something of a magician. On the program were Ravel's Mother Goose, Rachmaninoff's Rhapsody on a Theme of Paganini and, after intermission, Fauré's Pelléas et Mélisande Suite, and Stravinsky's Firebird Suite—a longer program than usual. 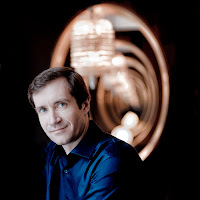 Mother Goose is rather amorphous, but it has a lot of color and interesting detail. It was well played and a good warm-up for the Rachmaninoff.

The  Rhapsody must be challenging. It frequently alternates long passages of notes that seem impossibly fast with strings of widely spaced single notes that mostly accent the orchestral part yet have to remain melodically coherent. Timing is critical to keep things together. Lugansky was nothing short of phenomenal, the orchestra behind him, equally superb. I can't imagine a better performance of this piece and have never heard a better one. Despite an enthusiastic standing ovation of several minutes, Lugansky declined to play an encore, suggesting with a gesture that his fingers weren't up to it. It was easy to forgive him. He had already done more than his duty.

Dutoit and the Symphony gave us more magic in the second half of the concert. I thought the Fauré particularly well done—lush and intense, but not overdone. Dutoit seems especially good at pushing boundaries of tempo and dynamics just enough to make familiar music exciting and fresh without going too far.

Posted by Colin Talcroft at 6:07 PM