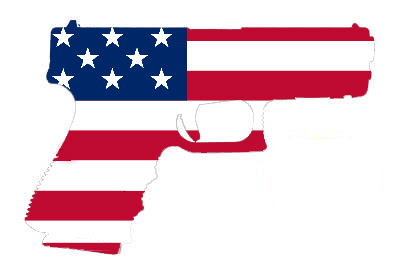 Personally, I believe the 2nd Amendment doesn't (and was never intended to) guarantee an unrestricted right to all citizens to own any kind of firearm. I believe the NRA and gun rights supporters have perverted the meaning of the 2nd Amendment, but, let's set that aside for a moment. Let's assume it DOES guarantee that right. If it does, then, on the face of it, it imposes no restrictions on the kind of arms citizens are allowed to bear (throwing out the well-regulated militia idea as well, for the sake of argument and ignoring the fact that "bear arms" was never, until recently, understood to be the equivalent of "own a gun"). Logically, that means all US citizens have a constitutional right to own and use ANY kind of arms--simply, "to bear arms"; this is the NRA position. There seems to be a logical inconsistency here, though. Why stop at an AR-15 then? US citizens, by this interpretation have the right to own bazookas, cruise missiles, even ICBMs with nuclear warheads, if they can afford to buy such a thing. Further then, the authorities are failing to uphold the Constitution if they refuse citizens the right to buy nuclear weapons, cruise missiles, bazookas, machine guns--anything.

Crazy? Maybe, but even the Lapierres of the world seem to balk at claiming an individual's right to own an ICBM. To own a cruise missile maybe? Probably not. To own a bazooka? Maybe: I think there are probably a few gun rights activists who are angry they can't own a bazooka. So, even the staunchest gun advocates draw a line SOMEWHERE--somewhere just beyond a bazooka, perhaps. If so, that means even gun rights advocates recognize a class of weapons the ownership of which is NOT protected by the 2nd Amendment--that is, that the 2nd Amendment does not guarantee an individual's right to own ANY kind of weapon, that there are exceptions, limits. This is the common ground between gun control advocates and gun rights advocates.

I have to wonder: on what basis do gun advocates concede (if they do) that the Constitution does not guarantee citizens the right to own certain kinds of arms--say, a cruise missile? Presumably they would acknowledge that it is because such a missile is a weapon of war designed solely for the purpose of killing many human beings quickly. That suggests an obvious question: is an AR-15 different? I don't think it is. Someone please explain to me how an AR-15 or similar small arm is different in that respect from a bazooka, a cruise missile, a nuclear ICBM?

But, of course, this is all nonsense. The Amendment was written to protect state militias (well-regulated state militias) from the potential threat of a tyrannical government wielding a standing army against the people, and, historically, "to bear arms" has almost always meant "military service," not "own a gun." The Second Amendment says nothing about a private right to own weapons, and virtually any child can see that a right to the possession of anything has no place trumping the right to live in safety and with piece of mind.  It's time to take back the 2nd Amendment.
Posted by Colin Talcroft at 8:32 PM