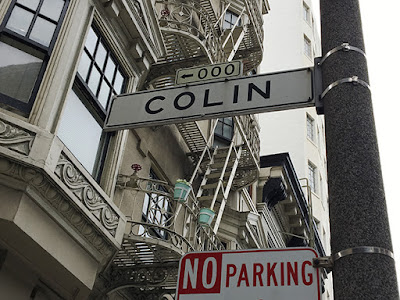 The name Colin is fairly popular in the United States today. It wasn't so when I was a child, in the 1960s. I was teased at school, called Colleen, called a girl. On those rotating drugstore racks selling bicycle license plates for kids, there was never a Colin.

None of this bothered me much, but I did grow up thinking my name was rare, so that, even now, I notice the name when it pops up. Recently in San Francisco I was a little pleased to find there's a street there with my name on it--Colin Place. It's only an alley, and one with no public access at that. But it's got my name on it.

[Update: Strangely, two days later I walked into a wine shop in San Francisco and the first thing I saw, literally, was a bottle of Champagne with my name on it--a producer I had never heard of before.] 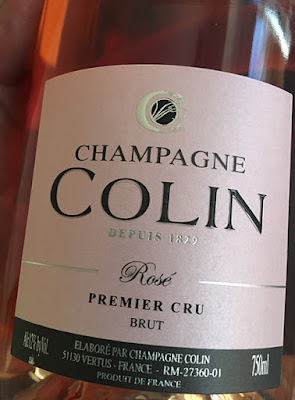