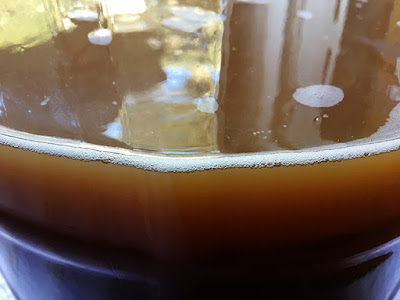 Not wine, but hard cider. I was surprised recently when I opened a bottle of hard cider I made a few years ago to find its flavor greatly enhanced by the aging. (I first made cider in February of 2013 then again in November of 2013, so the bottle I opened was four to five years old). Greater depth, more complexity--all around more interesting. I was inspired to do another fermentation, as I suspect the cider I have on hand will now start to disappear. I inoculated three gallons of local apple juice with Mangrove Jack's cider yeast today, May 22, 21018. Fermentation will probably take about 10 days.
Posted by Colin Talcroft at 4:09 PM