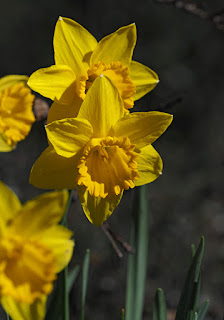 The yellow daffodils in front of the house and the pink flowering plum behind the house generally bloom at about the same time each year. This year, the first daffodils opened on February 6. The first flowers on the plum (Prunus blireiana) opened on February 9. Early to mid-February is normal for both plants. They have bloomed between February 2 and about February 20 in a typical year in the past. A storm is on the way that is supposed to drop as much as 10 inches of rain in the coming seven days. I hope these blossoms aren't all lost before we've had a chance to enjoy them. 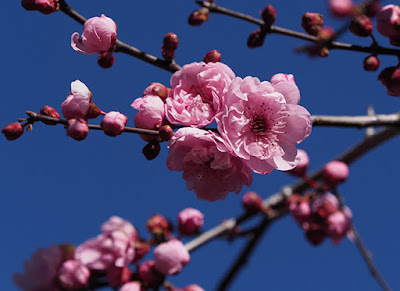 Posted by Colin Talcroft at 8:39 AM