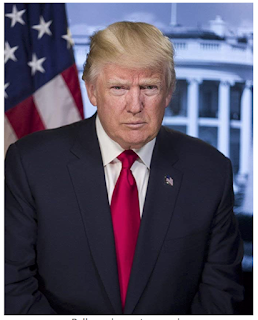 I just don't get it. There is no evidence there was widespread fraud in the election, no credible evidence of significant lost votes, stolen votes, or altered votes. There were, by all accounts, more safeguards in place this time than there were four years ago, no dispute about vote numbers anywhere except where Mr. Trump feels he should have won. The Georgia vote has been counted THREE times, some of the Michigan vote and the Wisconsin vote counted TWICE with no significant change in the totals. There were Democratic losses in the house and elsewhere, despite the supposed ability of somebody, somewhere to steal a presidential election (somehow, it's always only Mr. Trump who is the victim).

Mr. Trump is a documented liar, a documented narcissist, a documented con artist. These are facts, well known and accepted for decades based on his record of business failures and fraud in the real estate and casino businesses in New York and elsewhere and on the way he has treated the people he has worked with and who have worked for him. This is not news. He's behaved this way for decades.

People complain about how the media are always attacking him, always going after him, never giving him a break. Do they not stop to think that he attracts this relentless negative attention because he is a relentless transgressor? How many times do you have to see the same behavior repeated to accept that there is a pattern there? That is not entirely a rhetorical question; I wish I understood why people are willing to forgive him over and over and over and over and over again despite the obvious.

People still believe his lies about the election having been somehow anything but an honest loss. There's no mystery here, no conspiracy. More Americans voted for Joe Biden where it counted than voted for Donald Trump. It's that simple. If nothing else, it should make people suspicious that suddenly Fox News became evil in the eyes of the president the moment it contradicted him.

Posted by Colin Talcroft at 1:08 PM