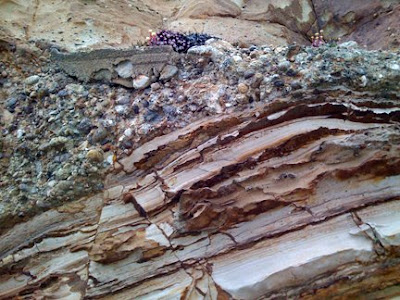 Interesting rock formations (conglomerate) out at the old lighthouse. Saw the harrier at Limantour Estero, the rest mostly at the two points--Chimney Rock and the lighthouse. The doves were at Chimney Rock. I wish I better understood how these formations were deposited.
Posted by Colin Talcroft at 10:20 PM