On the Road: Hermann to Independence, Missouri (Summer 2009) 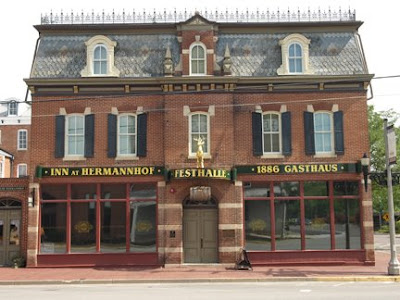 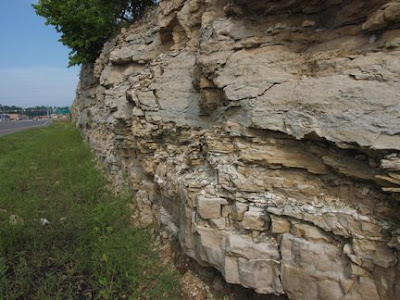 Waiting out a major thunderstorm in a hotel in Independence, Missouri. The museum in Kansas, City doesn't open until noon on Sunday, so I'm in no hurry.

The photos here are from yesterday. One is a shot of the thick layers of limestone near Washington, Missouri, but I saw this rock along the highway pretty much across Missouri. The building is in Hermann, a town that still shows its German roots very obviously.

In Hermann, I toured Stone Hill Winery, one of the oldest in the state--in the country, for that matter. At one time it was the second-largest in the United States, they tell me, but no one seems to know which winery was on top. The extensive underground cellars carved out of the limestone were interesting. The guide said they are the most extensive vaulted stone cellars in North America. Impressive, but I have seen much bigger in Champagne and the Loire. I tasted a range of the wines made. All solid, but none exciting.
Posted by Colin Talcroft at 6:30 AM