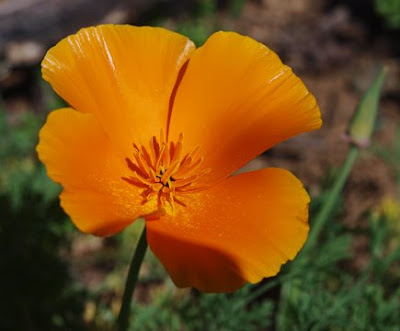 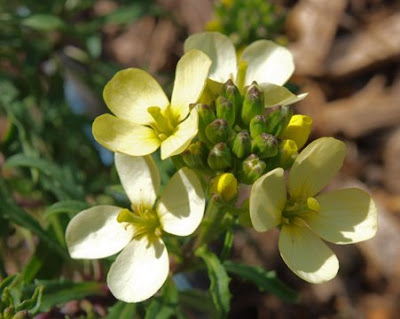 Also, first blooms today on the Franciscan wallflower plants  (Erysimum franciscanum) I picked up at one of the plant sales at the Strybing Arboretum in the city last year. These bloomed on February 20 in 2009. A year according to this plant was therefore 378 days. The poppy produced a short year, the wallflower a long year. Interestingly, the average of the two values is 365.
Posted by Colin Talcroft at 7:02 PM