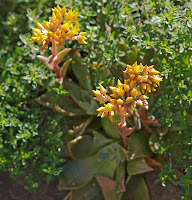 A number of plants came into bloom in the garden yesterday and today. Yesterday, Dudleya cymosa, a native succulent that normally clings to steep rock faces (growing here in a stone wall), and a large lavender and white salvia that unfortunately I've forgotten the species name of. The Dudleya bloomed on May 20 in 2010, so it has calculated a botanical year of 367 days. The salvia, whatever it is, bloomed on May 17 in 2010, calculating a year of 360 days. 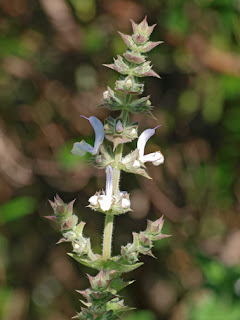 Today brought first blooms of 2011 on Gaura lindheimeri, and Echium boissieri. Gaura is a delicate pink or white flower native to Texas and Louisiana that seems to do well here in our dry summer climate. Echium Boissieri is native to Spain. It's a comparatively rare Echium here. I bought a couple years ago and haven't seen it in the nurseries since, but, if left to go to seed, it reliably produces new seedlings every year. Like many of the Echiums, it's a biennial, producing a rosette of leaves in the first year, a tall flower stalk in the second year. The garden is just about at its peak now. 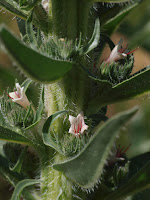 Posted by Colin Talcroft at 7:13 PM