Art I'm Looking At: High Style at the Legion of Honor 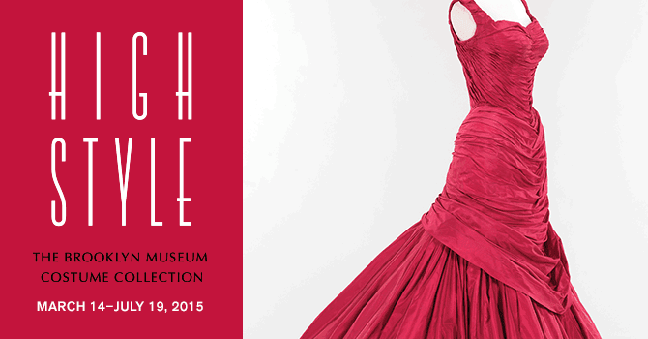 Featured now at San Francisco's Legion of Honor is High Style: The Brooklyn Museum Costume Collection--a rather poorly named show, it turns out. I'm tempted to call the subtitle deceptive. It gives the impression that a large swath of the Brooklyn Museum's costume holdings awaits the visitor. In reality, the selection is modest and everything being shown is from the first eight decades of the 20th Century--hardly the sweeping display of the collection suggested. 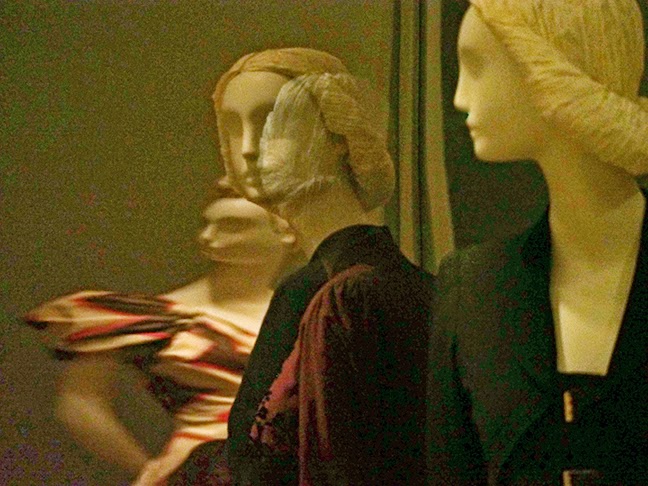 The show is poorly lighted. While I understand the need to keep light as low as possible to prevent damage to fabrics, the first room was so dark it was difficult to read the labels. Other rooms were only slightly better. Coming in from outdoors, my eyes were poorly adjusted to the dimness. With that in mind, I went back at the end of the show for another look at the earliest pieces, but the lighting still seemed inadequate. Also, a number of pieces were displayed on raised platforms divided into quadrants by semi-transparent plastic panels that created distorted reflections of some figures overlapping with veiled views of others through the plastic partitions (above). While visually interesting, the distortions distracted from the costumes. 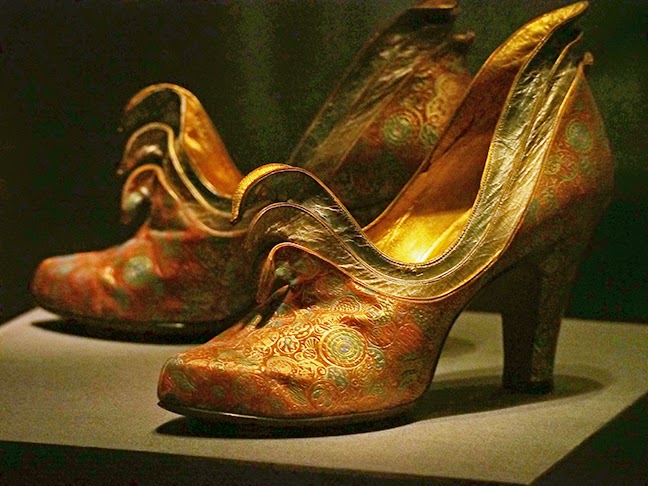 The show is worth seeing--if you're seriously interested in the history of 20th century haute couture, including shoes (there is an entire room full of shoes, with some especially extravagant examples by Steven Arpad, including the rust calfskin pair shown here, from 1939, printed with circular Japanese designs in green, blue, and lavender and embellished with peach and aqua metallic kidskin). The fabrics and materials used in fine clothing are always a pleasure to look at and the sculptural or even architectural approach to clothing design taken by some of the designers, particularly Charles James, is instructive to see here.

The 1953 "Clover Leaf" Ball Gown by James is perhaps the centerpiece of the show, presented complete with preparatory drawings and a media display explaining the materials used, including computer graphics showing the details of its construction. Also given special attention is his 1955 "Tree" Ball Gown in pink silk taffeta, the dress used in the main advertising materials for the show (top of page). I was attracted just as much to a group of rather somber outfits from the 1940s designed by Vera Maxwell, Bonnie Cashin, and others, however, perhaps because they seem more like clothes you might have seen a woman wearing on the street in the period. In the end, I was disappointed, having come with the expectation of seeing an overview of the famed Brooklyn Museum collection. The High Style show runs through July 19, 2015. 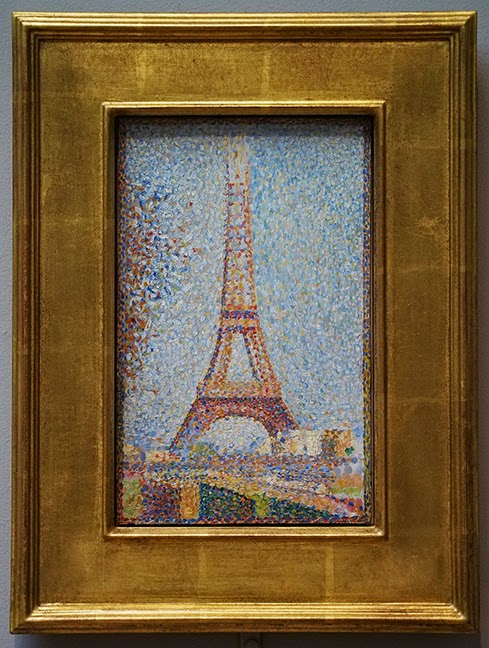 After seeing High Style, I walked around the permanent collection a little, noticing a few pieces I'd been unaware of--particularly a small 1889 depiction of an unfinished Eiffel Tower by Seurat, a beautiful little 1879 portrait of Sarah Bernhardt by Jules Bastien-Lepage, whose work I've noted before for the clarity of atmosphere he achieves, and a tiny 1650 painting of pea pods and various insects by Flemish painter Jan Van Kessel II.