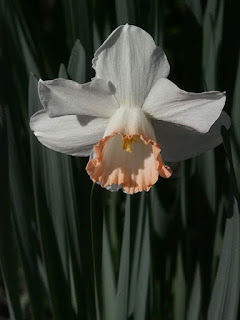 A lot is going on in the garden at this time of year. Our two-toned daffodils bloomed on February 20. They're always a little later than the regular yellows daffodils. Our dwarf peach tree started blooming on February 15, the dwarf nectarine a day later. February 23 brought the first blooms on the last of the species tulips that have survived in the garden (many were eaten by ground squirrels, and the species tulips don't seem to live that long--nor do they spread much). They are a very cheery early spot of bright pink and yellow in the garden at this time of year. On the same day, the first flowered opened on the "Noyo Dream" Rhododendron on the side of the house—always the first rhododendron to bloom. 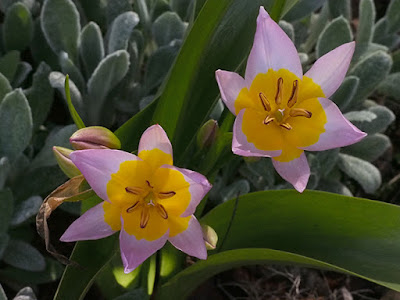 Posted by Colin Talcroft at 7:46 PM