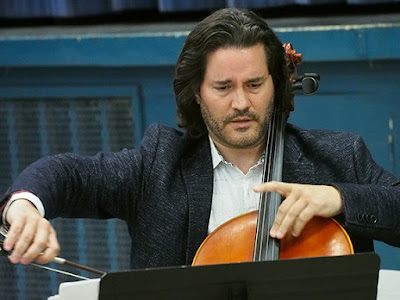 Cellist Zuill Bailey, in Santa Rosa this week to perform with the Santa Rosa Symphony, gave a master class for string players of the Santa Rosa Symphony's Youth Orchestra and Young People's Chamber Orchestra on Monday, April 4. Bailey worked with three young cellists during the class, but I was deeply impressed by the broad applicability of the ideas he stressed. Much of what he said pertained to efficient and productive practicing—of any instrument. 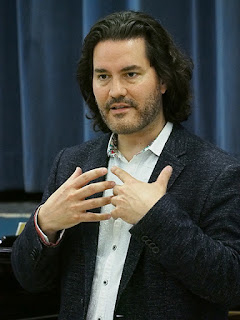 He emphasized getting the structure of the music down solidly before attempting to make it your own, reflecting his view that really good music has most of its expressive qualities written into it and that the music and its audience  often are best served simply by faithfully playing what's written, paying attention to rhythm in particular. Several of his remarks drew laughter from the young cellists and the spectators, but he got an especially big laugh when he suggested you can easily save hundreds of dollars in music lessons simply by buying a good metronome and using it.

Bailey also pointed out that efficient practicing is essentially problem solving—that it's pointless aimlessly to run through pieces you're working on without a goal. He suggested always asking yourself what you aim to achieve before a practice session and he recommended focusing on the technically difficult passages or—and this seems very important—the passages that may not be technically difficult that you nevertheless have trouble with or feel uncomfortable about, whatever the reason.

He emphasized the importance of not just repeatedly trying to get these right without finding the cause of the problem. To do less, he said, is to repeatedly play the passage wrongly—thereby reinforcing the wrong way to play it rather than mastering the difficulty. He recommended always playing through these difficult or otherwise troublesome spots while practicing (not stopping in the middle of them) by at least two bars and, when going back to try again, always starting at least two bars before the trouble spot, to avoid creating the habit of stopping at these places or becoming unnecessarily apprehensive about their approach because, as he put it, "practice makes permanent." That is, practice reinforces both good and bad habits and eventually solidifies them.

Using this method, he suggested, clarifies problems, finds the right way to surmount them, and reinforces a relaxed overcoming of them while avoiding repeated frustration and repetition of mistakes and errors to no purpose. I very much wish my son, a clarinetist with the Youth Orchestra, had been able to see the class. Although Bailey spent a lot of time working with the young cellists on string-specific problems such as finding the most comfortable and solid fingerings, he said much that was applicable to anyone studying a musical instrument. It was a pleasure to hear him play and watch him teach. The almost instantaneous improvement he drew out of the performances of his pupils in the class was remarkable as well. 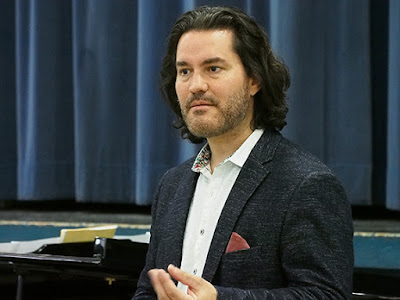 Posted by Colin Talcroft at 2:50 PM