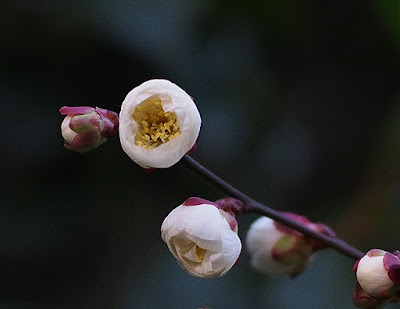 On the first day of 2018, the white Japanese flowering plum in the back yard started to bloom. It has bloomed as early as December 30, but it typically blooms in the middle of January (about now, today being January 14), so the flowers opened somewhat early this year.

On January 4, the first blooms appeared on the delicate dwarf cyclamen we have growing in back of the house under a Japanese maple--Cyclamen coum. The flower stalks stand only about two inches high. This tiny cyclamen typically blooms anywhere from late December to early January, so, that was in line with its usual pattern. 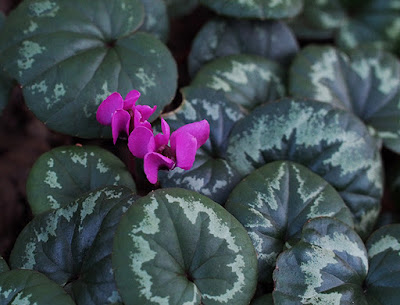