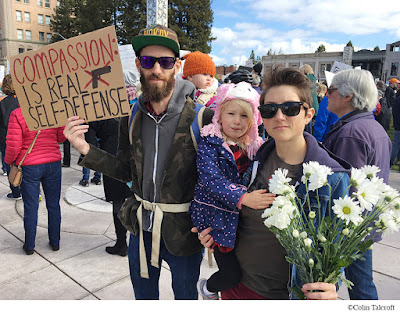 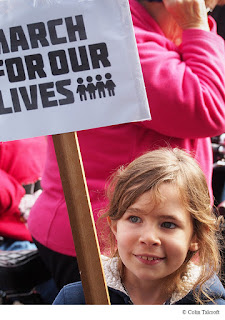 It was heartening today to see Santa Rosa's Courthouse Square filled with protestors of all ages demanding better gun control, but particularly heartening to see so many young people participating and speaking out. Maybe we really have reached a tipping point? I say, from now on, let an "A" rating from the NRA be a new kind of scarlet letter, standing not for "adulterer" pinned on the breast of Hawthorne's Hester Prynne, but standing for "accomplice" and "accessory" to murder. Let the NRA "A" rating be no longer a badge of submission to the NRA worn by spineless representatives in thrall to the gun lobby, but a guide to voters no longer content to tolerate politicians ignoring the will of the majority of the people on this issue. 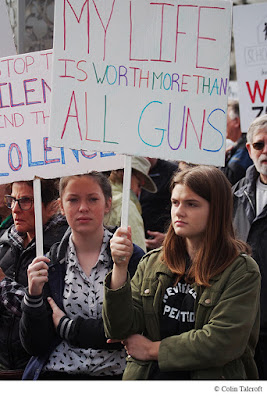 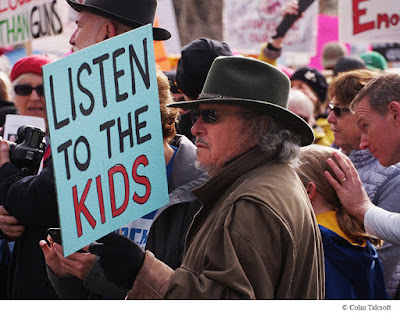 Posted by Colin Talcroft at 4:28 PM