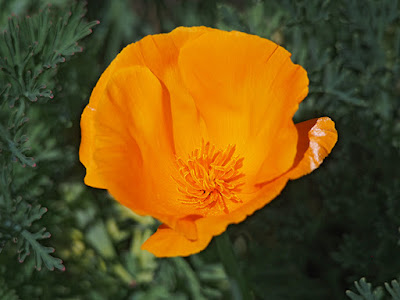 Yesterday, March 26, brought the first blooms on the flowering crabapple in the side garden. The first California poppies in the garden bloomed yesterday, too, although they've been blooming in various places around town for the last week or more. This is fairly typical for the crabapple, which usually blooms in the second week of March in early years, the last week of March when it's later, and for the poppies as well. In past years they've opened as early as the first week of March and usually always before April. 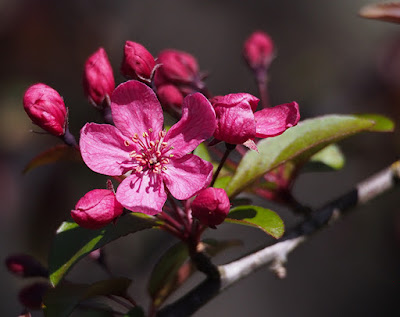 Posted by Colin Talcroft at 5:14 PM