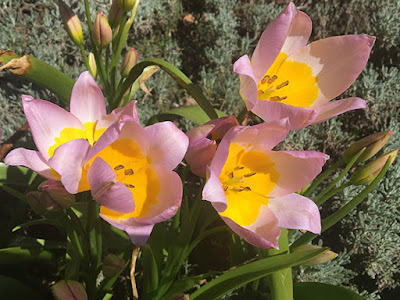 The first species tulips in the garden started blooming on March 10 this year. These are Tulipa bakeri, a pretty pink with a blazing yellow center. I planted several hundred of these years ago. Most were devoured in a season by ground squirrels, but about a dozen survive. Always nice to see them in the spring.