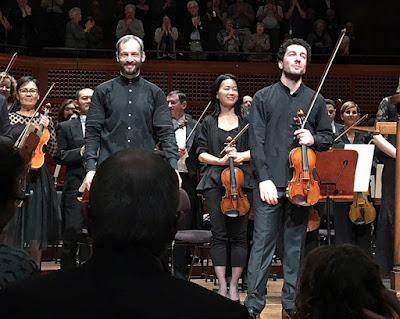 I recently (January 24) heard Armenian violinist Sergey Khachatryan perform the Sibelius Violin Concerto on a program that included Con brio, by Jörg Widmann, and Beethoven's Symphony No. 7. On the podium was guest conductor Dima Slobodeniouk at Davies Symphony Hall in San Francisco. The Widmann piece was unfamiliar, as were the conductor and the soloist in the concerto. At this remove, nearly a month ago now (I've been busy), I find it hard to remember the Widmann piece, so I'll not comment, but Khachatryan's performance of the Sibelius was memorable. It was memorable not for any idiosyncratic approach but for the sense of sincerity and deep engagement Khachatryan projected. Watching him and listening, I couldn't help feeling he was lost in the piece—in a good way.  I don't mean to suggest it was an overly romanticized interpretation, only that he seemed profoundly connected to the music. As an encore, Khachatryan played an Armenian folk tune.

I thought that I had never heard of him, but, on looking through my CD collection after returning home, I see that I own one recording him, recordings of the Shostakovich violin concertos with Kurt Masur conducting the Orchestre National de France (Naive V 5025). So, clearly I had heard of him, but didn't remember him. 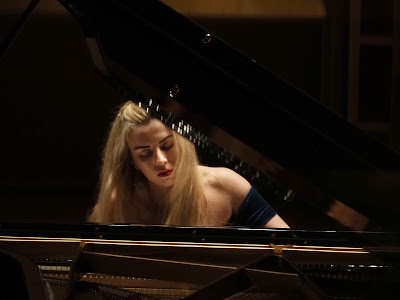 On February 8, pianist Natasha Paremski joined the Santa Rosa Symphony for a performance of Rachmaninoff's Piano Concerto No. 3. That was preceded by Beethoven's Leonore Overture III and the world premiere of Matt Browne's first symphony, The Course of Empire, a piece commissioned by the Santa Rosa Symphony and the first in a series of concerts that will premiere commissioned first symphonies by a number of young composers in the next couple of years. As I do the backstage photography for the Santa Rosa Symphony, I don't always get to hear the music in a way that allows me to really concentrate on what I'm hearing; I'm moving around looking for opportunities to take interesting photographs, but I enjoyed Paremski's performance and heard enough of Matt Browne's piece to think that I'd like to hear it again, to give it its due. My impression of it is a bit fragmentary. 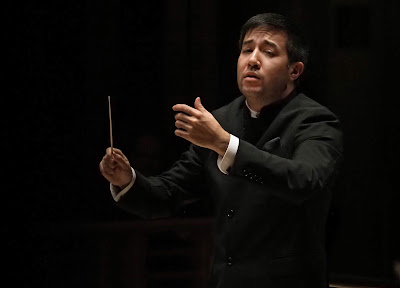