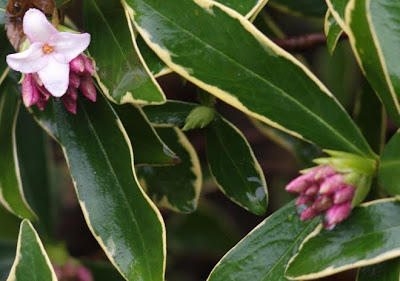 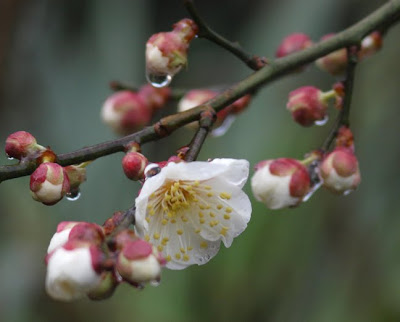 The first Daphne odorata blossoms are open in the garden today. They appear to have opened yesterday, January 18. Last year the Daphne bloomed on January 20, so a year (corresponding mostly to calendar year 2009) was 363 days, according to this plant. Buds on Prunus mume, the fragrant Japanese flowering plum behind the house, are swollen and ready to burst. The first one opened today, January 19. The first blossom last year opened on January 21, so a year, as calculated by this plant, was also 363 days.
Posted by Colin Talcroft at 9:24 AM