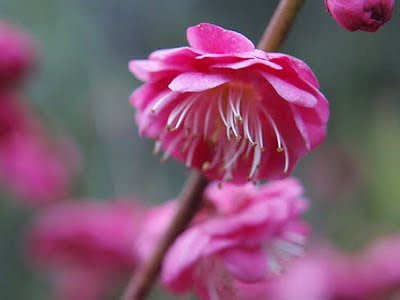 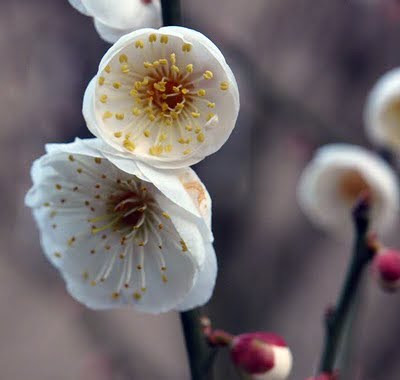 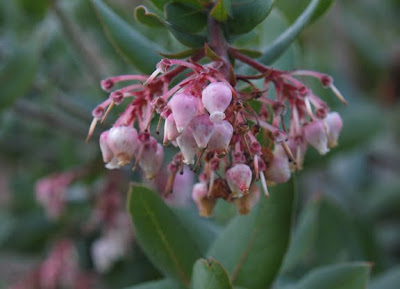 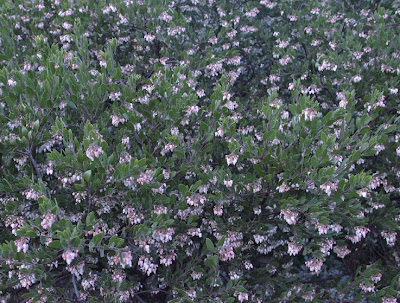 Blooming in the garden now are Japanese plums and manzanitas (Arctostaphylos sp.). The top two photos are different varieties of flowering Japanese plum, Prunus mume, usually among the first flowers to bloom in the new year. They smell soooo good.

The next photo shows flowers on Acrctostaphylos pajaroensis, a comparatively rare variety that it has taken me several attempts to get established. It's hard to see from this close-up photo, but the plant is striking for its deep (for a manzanita) pink flowers that are set off against blue-green foliage. New leafy growth appears in an orangey-red hue that is particularly pretty.

The bottom photo shows Arctostaphylos densiflora "Sentinel." As its Latin name suggests, it becomes densely covered in blossoms at this time of year. It's one of the primary early nectar sources for the bees.
Posted by Colin Talcroft at 5:16 PM