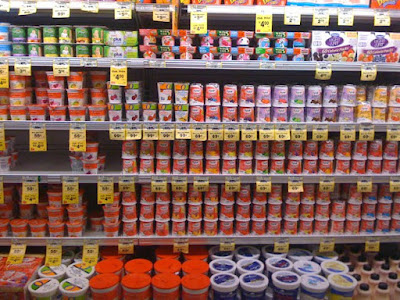 About two weeks ago, I put an oyster knife through the fleshy part of the middle finger of my left hand. This was not idle self-destructive behavior. I was trying to open an oyster. The knife slipped and went in deep. I felt the tip of the blade hit the bone, in fact. Needless to say, it was very painful. Although the wound bled a lot, it was comparatively small. I washed it, bound it with a heavy band-aid, and hoped for the best.

In a civilized country, I would have gone to the doctor without hesitation. Here, however, my health insurance co-pay is so high (Kaiser Permanente), that I determined to avoid a visit, if possible. This is exactly the kind of thinking that US health care providers encourage and benefit from. I pay Kaiser lots of money every month and then do my best to never use their services. Two days after the incident, my hand was inflamed and clearly infected--it seems oyster shells harbor nasties better dealt with in the stomach than in a deep puncture wound. I went to see the doctor. One-hundred and twenty-five dollars later, I had a ten-day supply of Augmentin (amoxycillin and clavulanate potassium). The main side-effect of this broad-spectrum antibiotic is lower digestive tract havoc--also known as diarrhea. I won't go into the details.

This is where yogurt comes in. I finished the prescription yesterday, and, having spent the past ten days waging total war on the bacteria in my digestive system, I decided yogurt would help to get the good bacteria going again after the bombing was over. I stopped in at Whole Foods to pick something up, but, as usual when I look for yogurt, I found myself searching the shelves for something simple and getting nowhere fast. There's much too much to choose from. There is yogurt made from cow's milk, from goat's milk, and from soy milk. There's Swiss-style yogurt, Icelandic-style yogurt, Australian-style yogurt, Greek-style yogurt, and yogurt in Eastern European styles. There's whole milk yogurt, lowfat yogurt, nonfat yogurt, and cream-top yogurt. There's plain yogurt and yogurt with all manner of sugary gloop under it, on top of it, or mixed up into it. I should have gone to Safeway--although the situation is only marginally better at the less trendy stores.

How do you choose? I choose wine with confidence, because over the years I've done so many blind tastings and written so many reviews that few wines are a mystery to me. I eat a fair amount of yogurt, but I tend to stick to one or two brands. Suddenly, it dawned on me: I should blind taste all the yogurts in the world and decide what's best, and then scratch the yogurt problem off my list. Well, tasting all the yogurts in the world was slightly impractical, so I decided to taste 10-15 lowfat vanilla yogurts blind, and you, dear reader, will get to read about it. I chose vanilla because most yogurt is flavored, most brands make vanilla, and vanilla is a fairly neutral flavor that should allow the underlying yogurt flavors to show through. I chose lowfat as a compromise between the nonfat and whole milk varieties, but I ended up tasting lowfat and nonfat yogurts (see notes in the following section).

Tomorrow, I begin. Stay tuned. (For the record, I have no financial interest or any other connection with any of the companies producing or selling yogurt mentioned in this series of reviews.)