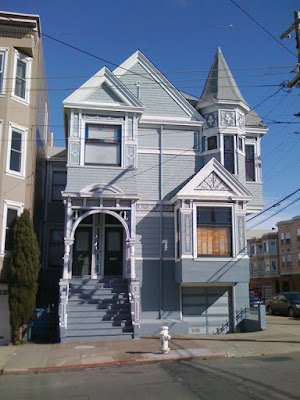 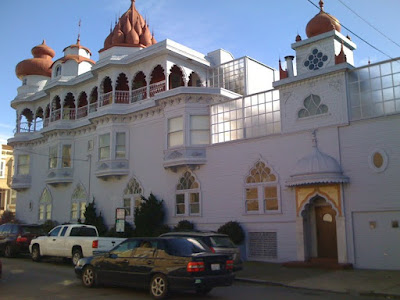 Two San Francisco architectural gems. The one with the red domes is about the oddest Queen Anne-style Victorian I've ever encountered. Corner of Webster and Filbert--an old friend; I've always liked this one especially. The section to the right of the picture appears to be a later addition. On the side of the building not pictured there is another tower with castle-like crenellations. Today the building is painted an unfortunate shade of lavender (hard to see in the picture), although that may suit its present use as a temple of some sort.

[Update: in early 2017, the temple was completely repainted and the exterior considerably renovated. It's even more attractive now. See a photo here.]
Posted by Colin Talcroft at 11:36 PM