Today I attended the matinee performance of the Santa Rosa Symphony's concert set with soloist Sharon Isbin. On the program were Suomalainen Tango, by Pablo Ortiz, Rodrigo's Concierto de Aranjuez, Piazzola's Tangazo, and Symphony No. 4, by Carlos Chavez--mostly unfamiliar music, all with a latin flavor. The Symphony was conducted by guest conductor Enrique Diemecke. 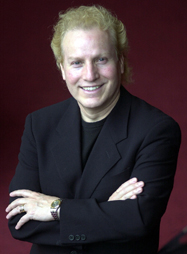 Once again, an energetic, enthusiastic guest conductor has given us a glimpse of what the Santa Rosa Symphony is capable of at its best. Although the concert on Sunday was uneven, its best moments were good indeed. The concert opened with Suomalainen Tango. I suspect I would have enjoyed this a great deal if the ensemble had been awake. I don't mean to be harsh, but throughout the piece I got the impression that the performers and the conductor were failing to communicate--I had that feeling you get when a film soundtrack is out of synch with the lips of the actors. Diemecke kept asking for volume and sweep that he wasn't getting and the players didn't seem to get the feel of the rhythms of the piece.

I had just the opposite impression when listening to the final work on the program, the Chavez Symphony No. 4--a piece that seemed to straddle the romantic and the modern; suddenly, the Santa Rosa Symphony was alive. Dynamics, tension, and timing all seemed right, but the music was rather more abstract and less engaging than the Ortiz--which is not to say I didn't enjoy it. It was a pleasure to see the conductor getting so much out of the performers, but it's often hard to fully take in an extended work like this on first hearing. I'd like to hear the Chavez again.

Piazzolo's Tangazo was interesting for its stark contrasts. The piece opens quite darkly, without a hint of the title's promised tango, only to suddenly break into the sort of strongly rhythmic music that makes you want to get up and dance in the aisle. The recognizably tango section is marked by the use of unusual percussion and extended techniques in the strings (such as bowing behind the bridge and sharp, fast glissandi), all to good effect--and sometimes startling enough to provoke a few giggles. Adding to the fun was the conductor's rather physical style, using his whole body, not just his arms. In places he seemed to be dancing to the music he was helping to create. He ended each piece (and began each of his appearances on the podium) by throwing his arms wide open in a flamboyant "ta-da!" gesture the crowd clearly enjoyed. The performers seemed to enjoy it as well. When called to stand for acknowledgment, several of the musicians threw the gesture back at him, much to the delight of the audience. After a somewhat melancholy, lyrical middle section, the music drifted back through more traditional tango rhythms before regaining the dark flavor of the opening. Well done all around. 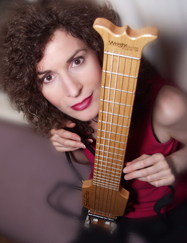 Sharon Isbin was the reason most people were at the concert, of course. Every seat was filled (something I've never seen before at the Luther Burbank--I mean, Wells Fargo--Center for the Arts), and I noticed that a few people left at intermission, after the performance of the Rodrigo. Isbin's playing was beautiful, particularly in the slow middle movement. At times it sounded as though she was playing a lute and at others a harp. Although the clipped, precise, muted style the conductor chose for the accompaniment gave a somewhat less lush overall effect than it seems to me this piece should have, all in all the Santa Rosa Symphony handled it very well, I thought.

Isbin played an encore from her Grammy Award-wining CD Journey to the New World, with Joan Baez and Mark O'Connor (Sony Classical 88697-45456-2), Andrew York's "Andecy." Oddly, Ms. Isbin did not get a full standing ovation. In Santa Rosa you can cough with a little bit of style and get the entire audience on its feet. No reflection on the performance: I got the impression that Isbin's presence brought out a more-than-usually geriatric crowd with a fair number of people elderly enough that they couldn't stand up. Sad, but true. Where are our young music lovers?

Photos of Enrique Diemecke and Sharon Isbin courtesy of the Santa Rosa Symphony.
Posted by Colin Talcroft at 10:38 PM