On the road: Lebanon, Ohio to St. Louis 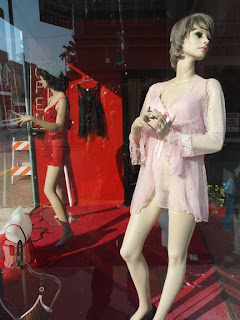 I made the drive today from just north of Cincinnati to an area a little west of St. Louis, on my way back west. I mostly took the backroads--Highway 50 across Indiana, through Seymour and Bedford, and then diverting at Oolitic, to State Route 58, through Doans and Scotland to Newbury, then southwest on 57 and 67, ending up in Vincennes. I traveled across Illinois mostly on Highway 50 again. I got into St. Louis quite late, but I already had a hotel picked out and I had my dinner in a bag beside me, so I didn't mind. 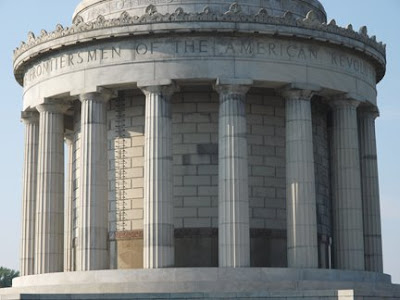 Near Seymour, Indiana, I stopped at the Muscatatuck National Wildlife Refuge and took a short hike through the woods, but didn't see any birds of special interest. Most of the drive was flat and only mildly interesting. One section in Indiana was along railroad tracks and transmission lines of some sort on old wooden poles with multiple cross pieces and strung on old-fashioned insulators. I got to thinking how much work it was to construct lines like that. The poles couldn't have been more than about 120 feet apart. That's 44 poles a mile. I figured 24 insulators a pole, so 1,056 of those each mile. The poles stretched for many miles. It's a testament to the strength of the human craving for communication. 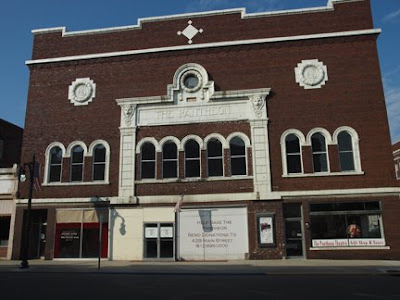 I detoured at Oolitic because the name on the map intrigued me. I knew it had to have something to do with rocks. It turns out to be an area where they quarry limestone--one of the biggest limestone quarries in the world, apparently. Although I couldn't find any actual rock-cutting to look at, the stone was apparent all along the roadsides.

Vincennes was rather interesting. There were a lot of older buildings to look at and there is a huge monument to General George Rogers Clark (the older brother of Clark of Lewis and Clark fame) on the site of Fort Sackville, a Revolutionary War fort. The monument commemorates the taking of the fort from the British, in 1779. I'm sure that was important, but the monument seems a bit out of proportion. The best view was looking back, from the bridge that crosses the Wabash River taking you into Illinois. Unfortunately, I couldn't stop to photograph from that vantage point.
Posted by Colin Talcroft at 10:25 PM