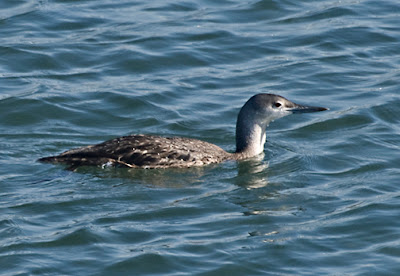 I joined a Madrone Audubon group today for a day of birding at Bodega Bay--and there were a lot of birds around. The group saw nearly 80 species. I saw 63 of those:

Not bad for a single day's birding. I got some excellent looks at the Red-throated Loon (photo), but the highlight was the Long-tailed Duck, a life bird for me.

Posted by Colin Talcroft at 6:41 PM