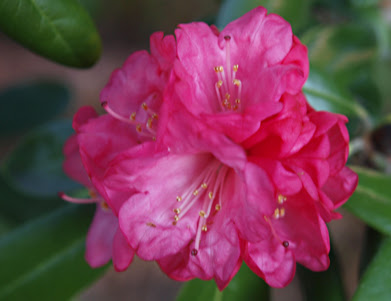 First blooms today on the Rhododendron "Noyo Dream." The plant bloomed in 2010 on February 7 and in 2009 on Februray 25, which makes this seem quite early. The plant has thus calculated a year of 360 days this year following a year of only 347 days in the preceding year. These average to 353.5 days, still a short year.