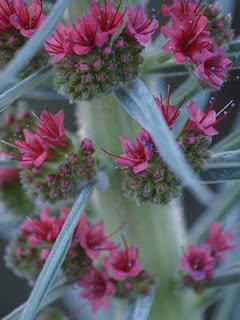 First blooms of 2011 today on a number of plants in the garden. A succession of warm days is coaxing out new flowers every day now. First blooms on Echium wildprettii, known as "Tower of Jewels" (photo a left).  The large, yellow columbine with long spurs (below) bloomed today, along with one of the hybrid columbines in the garden that are spontaneous crosses between the yellow variety and Aquilegia formosa, the native Western columbine, which is also planted here. First blooms today also on the orange rose called "Easy Livin'." 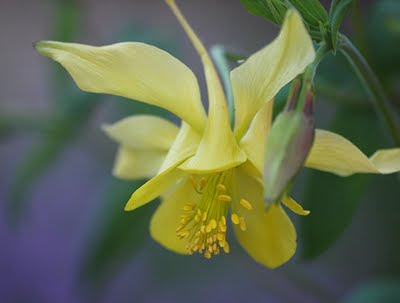 Posted by Colin Talcroft at 9:56 PM